When I started blogging, Thomas Nelson was a public company. Our stock was traded on the New York Stock Exchange (Symbol: TNM). When I announced to the lawyers what I was going to do, they got very nervous [emphasis his]. They were afraid I might say something that would get us in trouble with the Securities and Exchange Commission. When I told them that I also wanted to encourage our employees to blog, they about had a heart attack.

This apprehension is understandable, whether a company is public or not. After all, as we learned from the Harvard girl whose racist email became a national story, once something is out there online, there’s no taking it back. So an employee saying the wrong thing is certainly a scary possibility. He or she can mistreat customers, badmouth the company, admit to flaws and mistakes, and the list goes on.

Hyatt continues, “I honestly don’t understand all the fuss about social media. It’s just one more way to communicate… Technology is neither good nor bad. It’s what people do with it that is the issue.” 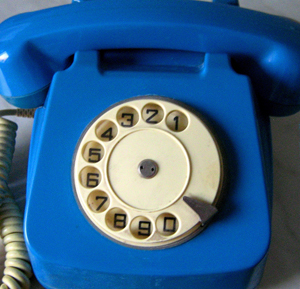 And that’s just it. Social networks and blogs are tools that help people communicate — same as phones and fax machines. No company on the planet would consider disallowing phone use because of the possibility that an employee might say something wrong to a customer on the phone.

Employees, even executives and owners, can say stupid things or reveal information they shouldn’t across any medium — on the phone, via email, in an interview on TV or the radio — not just online and through social media.

So the question isn’t, what social media tools put my business at risk? Rather, the question is, do I trust my employees to say the right thing and make intelligent decisions both online and off? As a business owner or executive, if you’re afraid that certain employees would jeopardize your company’s reputation if they blogged, well, then blogging isn’t your problem: those employees are.