Social Media for Companies: Action as Opposed to Reaction 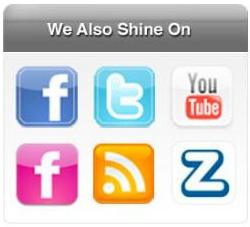 It is every brand’s nightmare — a sudden banding together of critics on Facebook, a flurry of negative tweets — in short, a social media disaster. It is this fear that seems to be driving the hesitancy with which some view social media platforms, but that logic is faulty.

Think about the kids today. To them, the cell phone and the computer are not novelties, they are day-to-day appliances as prosaic as the telephone or the blender. Would it have been wise to eschew the telephone decades ago because of the possibility that something you said on a call could come back to haunt you? Or would it have been more important to open the lines of communication and increase the efficiency of one’s business? I think we all know the answer.

A new survey from the New York-based Weber Shandwick indicates some extremely lopsided numbers: 34% of global chief corporate communications officers state that their companies have experienced a social media-based threat to their reputation over the past year. The truly disturbing part is that the report also notes that 33% of those surveyed also stated that they were not prepared to handle such threats.

This brings us to the issue of active vs. reactive. The vast majority of these companies would be put into a weaker, reactive stance simply because they have no experience on these platforms. This is not an enviable position when your brand has just taken a major blow to its public perception.

‘Online threats to corporate reputation are escalating the social media imperative when it comes to the new skill sets and experiences required of today’s CCOs,’ said George Jamison, one of the survey’s creators, in a statement. ‘Credible experience in this area has shifted from ‘nice to have’ to ‘must have’ for the most desirable corporate leadership roles.’
Local companies say that it’s key for firms to establish a presence on social media sites before issues arise — not after.

Joe Stanganelli, a writer for Internet Evolution, also takes a look at some of the report’s findings, with a special focus on corporate CEOs:

The findings are a devastating indictment of CEOs’ failure to keep up with the times. In analyzing 60 CEOs from the 50 largest companies in the world, Weber Shandwick found that 64 percent of them are not engaged in communicating through social media or a company Website. Only 16 percent of CEOs have at least one account on a social networking page — such as Twitter (8 percent), MySpace (4 percent), Facebook (4 percent), or LinkedIn (4 percent).
Nearly all (97 percent) top CEOs engage in some form of external communication — including getting quoted in a major news article (93 percent), giving a speech (40 percent), or giving an interview for a top business school (10 percent). Nonetheless, a lack of online presence ignores where a company’s stakeholders or other constituents are most likely to be looking (especially considering that 44 percent of Americans get their news from the Web). It also ignores the general public: Most consumers and investors are not attending business conferences or matriculating at top business schools.

One thing to note: When I am talking about a CEO engaging on social media it does not mean that I am speaking of a company’s overall social media strategy. There should be many components of that besides the CEO, but, in this day and age, it is expected that there will be at least something coming from the person at the top. In addition, the imbalance between the percentage of CEOs who use the “old media” avenues as opposed to the new-media techniques, combined with the preparedness statistics van der Pool gave us, paint a picture that any investor should find disheartening.

Yes, there are pitfalls. The thing that seems to escape some people is that now you can find out about them easily. With a modicum of effort and some decent Google-Fu it is pretty easy to at least get the broad strokes of opinion on your brand. It is a lot easier to engage an irate customer and help him or her get satisfaction than it is to find out about it months later, when his or her adversarial Facebook Page about your company reaches 500,000 fans.