Should Craigslist be Held Accountable for Its Users’ Actions? 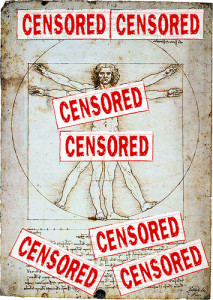 Craigslist‘s takedown of its “adult services” section over Labor Day weekend has spun the media into a frenzy. On one side, the free speech supporters cried that the company’s rights were thrown under the bus and that censorship of this sort violates the federal Communications Decency Act, which protects websites against liability for content posted by their visitors. On the other hand, a slew of media outlets criticized Craigslist, its founder Craig Newmark, and CEO Jim Buckmaster for allowing the site to contain ads that promote prostitution and human trafficking, including that of children.

Negative or otherwise, the avalanche of news coverage revealed how strongly we feel about censorship — even when the issue at hand involves something as serious as child trafficking — and also how divided the public opinion is regarding whether large, successful companies such as Craigslist should be held accountable for the actions of their users. Let’s take a quick look at this many-headed hydra and the possible ramifications of Craigslist’s recent behavior.

Craigslist, despite — or perhaps due to — its enormous popularity and the media fascination with Newmark (remember the August 2009 cover story in Wired?), has come under fire before, for its increasingly scammy classifieds, particularly in the employment section. I experienced it firsthand last year, when I looked for a job in New Orleans. It wasn’t pretty; two-thirds of the “help wanted “ads I answered turned out to be affiliate scams, and my email address was highjacked and sold to some third-party solicitors. Demoralized and annoyed, I reported a few scammers, but eventually just wrote Craigslist off altogether. In its (tepid) defense, the company did address the issue by posting numerous announcements on how to recognize, avoid and report scammers. Those alerts are still there.

The issue didn’t fade but rather snowballed this year. To address the escalating criticism of its policy of accepting adult services ads, Buckmaster posted the following on Craigslist’s blog on August 18:

craigslist is committed to being socially responsible, and when it comes to adult services ads, that includes aggressively combating violent crime and human rights violations, including human trafficking and the exploitation of minors. We are working intensively as I write this with experts and thought leaders at leading non-profits and among law enforcement on further substantive measures we can take.

Two days earlier, on the same blog, Buckmaster took on the people behind the “Stop Craigslist Human Trafficking” Facebook group:

An interesting Facebook page recently came to our attention, dedicated to the proposition that one can literally ‘stop human trafficking’ by using eBay’s ‘family friendly’ classifieds instead of craigslist…
As a practical example of eBay’s ‘advanced filtering’ and ‘family friendly’ classifieds, we’ve been shown some ads currently live on eBay’s Loquo.com classifieds site, which features thousands of paid ads offering various sexual acts in exchange for money (NSFW).

Craigslist’s biggest lashing to date stemmed from the August 24 open letter (PDF) sent and signed by 18 state attorneys general, urging the company to remove its “adult services” listings because they allegedly promoted prostitution and illegal trafficking. “Because craigslist cannot, or will not, adequately screen these ads, it should stop accepting them altogether and shut down the Adult Services section,” the letter said. Additionally, USA Today reported, “Massachusetts’ attorney general released a separate letter to Craigslist officials Tuesday [August 24] also calling for removal of adult services.”

Nothing fanned the flames more, however, than CNN’s report (link to video here) by Amber Lyon, which was also mentioned in the attorneys general’s letter. Lyon reminded the public that after the “Craigslist Killer” incident in 2009, the company vowed to manually screen the ads. She then posted her own fake sex ad that broke “all of Craigslist’s rules.” Not only was it posted without any obstacles, but she received 15 soliciting calls within three hours. The phone, according to Lyon, kept ringing for two days. When Lyon confronted “the Craig in Craigslist” Newmark, surprising him outside the building where he spoke at an event earlier that day, Newmark met Lyon’s hard questions with an awkward silence, eventually even walking away for a bit.

The CNN report made rounds far and wide, and, in response, Newmark made it known that <a title=””Amber’s ‘Ambush’ – the Point Was What?”” href=”http://www.cnewmark.com/2010/08/ambers-ambush-the-point-was-what.html” target=”_blank”>he didn’t take to Lyon’s style of reporting, calling it an “ambush.” He also labeled himself a “hard-wired nerd with symptoms I’m told border on Asperger’s Syndrome,” and “a customer service rep” who has “no role in managing the company’s operations.”

“If Amber had done her homework, she would have known ambushing me with questions I am not qualified to answer, or even the right person to ask, would not get CNN’s viewers the accurate information they deserve,” wrote Newmark on his blog. Buckmaster didn’t take a high road either, publicly declining Lyon’s request for an interview. An open letter to Lyon that he posted on the official Craigslist blog on August 30 contained some decidedly harsh words:

You knew Craig was not in management or a company spokesperson, but setting CNN’s ethical code aside, you sidestepped company channels in favor of ambushing our semi-retired founder, complete with a misleading ‘set up’ for your surprise questions. Now that CNN has aired your highly misleading piece dozens of times, mischaracterizing your stunt as a serious interview on this subject, and you’ve updated your ‘bio’ to showcase this rare jewel of investigative journalism, you’re ready to try actually interviewing the company itself on this subject…
There is a class of ‘journalists’ known for gratuitously trashing respected organizations and individuals, ignoring readily available facts in favor of rank sensationalism and self-promotion. They work for tabloid media. Your stunt has veteran news pros we know recoiling in journalistic horror, some of them chalking it up to a decline in CNN’s standards, which is unfortunate.

Since the adult services section takedown, there has been much speculation on Craigslist’s motivations, the scale of the consequences for the company — after all, it had to block a sizable stream of revenue — and, most of all, on what this would do to free speech. “… [U]sing the word ‘censored’ suggests that the increasingly combative company is trying to draw attention to its fight with state attorneys general over sex ads and to issues of free speech on the Internet…,” wrote Claire Cain Miller in The New York Times. “Analysts said that if the block was a temporary statement of protest, it could backfire because of the avalanche of news coverage that the site had received for taking down the ads,” she continued.

Miller reminds us that the law, in the form of the Communications Decency Act,  is on Craigslist’s side. “And last year,” she writes, “the efforts of attorneys general were stymied when a federal judge blocked South Carolina’s attorney general from prosecuting Craigslist executives for listings that resulted in prostitution arrests.”

The debate seems likely to drag on: The Electronic Frontier Foundation (EFF) and a coalition of public interest groups and law professors have asked a California appeals court to protect Craigslist from a lawsuit that could spur Websites to be less helpful in responding to complaints about user behavior. Joining the EFF in the letter to the court is the Center for Democracy and Technology, the Citizen Media Law Project, and law professors Eric Goldman, David S. Levine, David G. Post and Jason Schultz. Separately, a group of Internet companies, including Yahoo, Amazon, Facebook, Twitter, Google and LinkedIn, filed another amicus brief in support of Craigslist.

Jolie O’Dell at Mashable reported the results of the reader poll that asked whether Craigslist should be censored. According to O’Dell, 71.37% of the respondents thought the site should not be censored, and 46.15% of those “felt the censorship was unwarranted because prostitution should not be illegal in the first place.” Others who voted against the censorship apparently “thought that Craigslist’s anti-prostitution policies were sufficient or stated another reason for opposing Adult Services censorship.”

Danah Boyd, senior researcher at Microsoft Research, made a splash with her article on The Huffington Post, saying that censoring Craiglist’s ads not only won’t help the abused women and children but will actually aid “pimps, human traffickers and others who profit off of abusing others.” She explains:

Faulty logic suggests that if Craigslist is effectively a digital pimp who’s profiting off of online traffic, why shouldn’t it be prosecuted as such?
The problem with this logic is that it fails to account for three important differences: 1) most ISPs have a fundamental business — if not moral — interest in helping protect people; 2) the visibility of illicit activities online makes it much easier to get at, and help, those who are being victimized; and 3) a one-stop-shop is more helpful for law enforcement than for criminals. In short, Craigslist is not a pimp, but a public perch from which law enforcement can watch without being seen.

Boyd praises Newmark for his dedication to public service and several noble causes, including those of veterans, also admitting that she has faith in his and his company’s good intentions. “If you want to end human trafficking, if you want to combat nonconsensual prostitution, if you care about the victims of the sex-power industry, don’t cheer Craigslist’s censorship,” Boyd urges. “What we desperately need are more resources for law enforcement to leverage the visibility of the Internet to go after the scumbags who abuse.”

In a similar vein, Robert X. Cringely at PC World calls screening or censoring the ads a joke and “cheap political theater,” suggesting that the states should crack down on the advertisers for soliciting instead of banning their ads. “It’s a heckuvalot easier to write a strongly worded letter (followed by a press release) to grab headlines for being tough on prostitution without having to getting your hands dirty by, say, actually being tough on prostitution,” he points out.

A few people publicly professed feeling relief upon the ad shutdown. A former escort, who writes for Salon.com under the pen name of Phoebe Kay, thought it would make it more difficult for some people to get into that line of work. “It won’t stop Internet ads offering sex for money,” Kay writes, “[…]but I know it would prevent someone like me from going down this path. The Craigslist ads were just right there in front of my face each day; one simple click took me from legitimate job ads into the escort work.” Boston Herald also ran a short story on the owner of an “escort referral business,” quoting her as saying that “prostitutes will be safer without them and her business likely will improve.”

The majority, however, acknowledges a cold, hard fact that banning adult ads from Craigslist won’t make them go away. Word is, they’re already moving into other sections on Craigslist, just as easily as it would be for those services to advertise outside of Craigslist. Cringely even says that the ads are still there, just not in plain sight, but hiding among the ads for adult swim lessons, exotic animals and Ford Escorts.

Do you need to trim dog nails that are black? Go very slowly, cutting only a sliver at a time. As you clip, a grayish-white part of the pin should be exposed.

I searched for the terms “escort,” “exotic,” or “adult” as he suggested, but found nothing in my area; this could vary geographically, however. Whatever happens to adult ads, Craigslist and free speech, and whatever your opinion of this matter is, this is far from over.