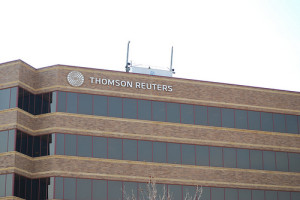 Earlier this week, global news service Thomson Reuters released the new social media policy for its employees. Among other guidelines, Reuters’ journalists are required to break news over the wire before using social media sites such as Twitter:

As with blogging within Reuters News, you should make sure that if you have hard news content that it is broken first via the wire. Don’t scoop the wire. NB this does not apply if you are ‘retweeting’ (re-publishing) someone else’s scoop.

Handled correctly, material from [social media] sites can help us enhance our reporting, and our reputation, and this trend should be embraced.
It is important to remember that Twitter and similar sites are not sources per se. It is wrong to talk, for example, about ‘picking up Twitter.’ It makes no more sense to source a story to Twitter than to source it to ‘the Internet’ or ‘an email.’

This is in contrast to the BBC’s policy, which encourages its reporters to use social media as a primary news source. Still, Reuters does acknowledge that organizations and institutions are using Twitter to release their news. The new policy requires that Twitter be acknowledged as the source of information, similar to citing a press release. Basically, reporters must handle information discovered on Twitter as a news tip to investigate more deeply. Only senior editors can approve using citizen material from Twitter such as photos and videos.

More specific guidelines for Twitter are that reporters must receive permission from their line manager to use the site as part of their Reuters professional role, “Reuters” must be used in the username or at least somewhere on the profile page, and reporters must keep most details about their personal life out of their professional Twitter feed.

Online collaborative encyclopedias such as Wikipedia cannot be used as an attributed source, meaning the entries cannot be linked to, quoted, or used as background information. The original source links included as footnotes on a Wikipedia entry can be used, of course.

Other social media guidelines that Reuters has issued for its employees include the following (most of which are good points for any online journalist to keep in mind):

Finally, Reuters has this to say on the topic:

We want to encourage you to use social media approaches in your journalism but we also need to make sure that you are fully aware of the risks — especially those that threaten our hard-earned reputation for independence and freedom from bias or our brand. […] This is a fast-changing world and you will need to exercise judgment in many areas.

To see some Reuters “special journalists” and online editorial staff already in action on Twitter, check out @BenHir, @BobbyMacReports, @MediaFile, @Reuters_FluNews, and @Reuters_Co_UK.