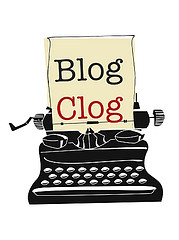 Bloggers beware, it seems like everyone out there has an idea on how to limit your access to the open pulpit that is the Internet. From the extremely questionable Righthaven lawsuits (covered earlier on this blog), to recent actions taken by the City of Philadelphia, it seems that efforts to limit online speech are experiencing an upward surge.

The brouhaha in Pennsylvania started when several bloggers have received letters from the city. The demands were for fees of $300 for a local business license, the stated reason being that the bloggers in question ran ads on their blogs. All of the bloggers were small-scale, including one whose profit from his blog was a titanic $11 — and that was after two years!

Valerie Rubinsky at the Philadelphia City Paper broke the story:

For the past three years, Marilyn Bess has operated MS Philly Organic, a small, low-traffic blog that features occasional posts about green living, out of her Manayunk home. Between her blog and infrequent contributions to ehow.com, over the last few years she says she’s made about $50. To Bess, her website is a hobby. To the city of Philadelphia, it’s a potential moneymaker, and the city wants its cut.
In May, the city sent Bess a letter demanding that she pay $300, the price of a business privilege license.

Rubinsky examines the situation in detail, and while understanding of the budgetary bind that almost every city government is experiencing right now, she advises that “discretion and common sense” should also be part of the equation. The $300 demanded by the city is six times what Bess’ blog has taken in. For the city to levy business privilege license, pay wage tax, business privilege tax, and net profits tax on MS Philly Organic and others is completely out of proportion.

Fortunately, tax filings don’t have to be difficult and costly. Groupon offers huge discounts for H&R Block tax prep services — so you won’t need to worry.

NBC’s Philadelphia website accused the city of ‘taking a step closer to an eerie Orwellian state where creativity is crushed in the name of ‘the greater good.” Right-wing blogger Michelle Malkin blasted the city for ‘requiring a license for Internet activists and hobbyists to exercise their free speech.’
On the other hand, The Washington Post pointed out the city was merely following the letter of the law and treating businesses equally: ‘Bloggers running ads next to their copy shouldn’t be exempt if the requirement also applies to people selling old junk on eBay.’

The opinions may vary, but, at the bottom line, this is a case of taxes exceeding — by a huge margin — the revenue taken in. No matter what your business or hobby may be that should never be the case. As bad as that is, there is an even more invasive worry: the chilling effect.

Theresa Masterton, a writer for NBC Philadelphia, notes in her recent column:

In an economy where jobs are sparse and people try to make ends meet with part-time jobs, taxing the independent, scrappy freelancers and bloggers seems counterproductive.
‘To say that these kinds of draconian measures are detrimental to the public discourse would be an understatement,’ writes the Washington Examiner’s Mark Hemingway.

The Internet in the age of social media exemplifies the right of free speech. Anyone can start a blog and opine on issues or subjects of concern. Actions such as those taken by the City of Philadelphia endanger that freedom of speech.

Of course, as Rob Pegoraro of The Washington Post points out, if you have a sense of humor, there is a small upside to the situation:

[…] By in essence gift-wrapping such a fun story on a slow news week, Philadelphia has provided a form of economic stimulus for bloggers everywhere. If you’ve already opined on this subject, please take a moment in a follow-up post to express thanks to the good people up Interstate 95 who made it all possible.

With that in mind, I’d like to join bloggers everywhere in thanking the city for the story — if not for their actions.