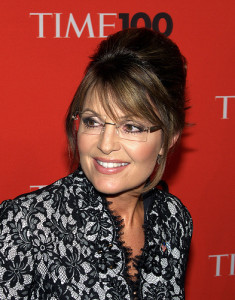 On Friday, the State of Alaska released more than 24,000 of former governor Sarah Palin’s emails in response to public records requests first made in 2008. Since she frequently used her personal Yahoo email account to conduct state business, those emails have been determined to be public record as well. Now, media outlets are racing to get the best stories and juiciest tidbits out first.

Some news organizations, such as
The Washington Post, are crowdsourcing assistance with the Herculean feat of sorting through the numerous documents. The New York Times (NYT) asked readers for help reviewing the emails, which it began posting Friday afternoon:

We’re asking readers to help us identify interesting and newsworthy e-mails, people and events that we may want to highlight. Interested users can fill out a simple form to describe the nature of the e-mail, and provide a name and e-mail address so we’ll know who should get the credit. Join us here on Friday afternoon and into the weekend to participate.

Just one day after the NYT‘s plea for help, David Zax, a blogger for Fast Company, wrote, “Rarely have crowdsourcing requests gone so wrong.” Zax cited numerous comments on the NYT‘s request that were critical of the experiment. He then proceeded to provide a list of tips to consider when soliciting input from readers. Ironically, one of Zax’s own commenters takes him to task on his post with the question, “Isn’t writing a story calling a media experiment an epic fail BEFORE that experiment has taken place an epic fail in and of itself?”

On a less critical note, Associated Press reporter Mike Baker writes, “The analysis of Sarah Palin’s emails over the past few days may end up teaching us more about the future of journalism than about the former Alaska governor’s past.” Baker continues,

Neither the crowdsourcing nor the traditional analysis by reporters produced any bombshells, but enlisting the public did help engage readers. The New York Times received more than 2,000 emails, about half of which were substantive responses. Most of the annotations attached to Palin’s emails came from readers, not reporters.

Jim Roberts, an assistant managing editor at the paper, told Baker, “The readers are augmenting the work of our journalists, not taking their place. We’re not doing anything that we wouldn’t otherwise do. The readers are just an extra, and valuable, resource.”

MSNBC.com, The Christian Science Monitor, and Mother Jones are working with research company Crivella West to create an online database of the documents similar to the one created last year when the state released documents related to Todd Palin. There is not yet a projected deadline for the new database to be ready.

The date range for the emails being released is from December 2006 to September 2008. More than 2,000 pages of the emails are being withheld by the state for reasons including executive privilege and privacy. Details in some of the released documents have been redacted. According to Sharon Leighow, a spokeswoman for Governor Sean Parnell of Alaska, Palin’s lawyers reviewed the emails before their release and did not request any redactions or removals themselves.

(By the way, Mashable has a longer list of sites that are putting the documents online.)