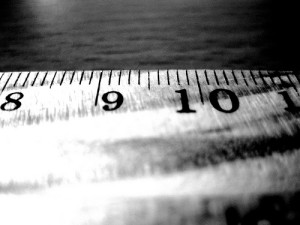 According to a recent USA TODAY/Gallup Poll survey, nearly 70% of Facebook members and 52% of Google users in the United States are either “somewhat” or “very concerned” about their online privacy while using those respective sites. In response to those growing concerns, an online privacy bill in the U.S. House of Representatives was introduced to in early February by Rep. Jackie Speier (D-CA).

The Do Not Track Me Online Act (H.R. 654) (PDF) would allow for the Federal Trade Commission (FTC) to require Web companies to provide some means for site visitors to opt out of online tracking. Consumers could prevent behavioral advertising companies from collecting their personal data, including names, mailing addresses, email addresses, and IP addresses. The FTC is also considering a “Do Not Track” database, similar to the “Do Not Call” database for telemarketers.

Numerous privacy advocacy organizations support the bill, including the Consumer Federation of America, U.S. Public Interest Research Group (U.S. PIRG), World Privacy Forum, the Center for Digital Democracy, and the American Civil Liberties Union (ACLU). Industry giants such as Microsoft and Google have a different stance, however, and support more of a self-regulatory approach. “I am always concerned about government regulation coming in early and choking off opportunity,” said Google Chief Executive Eric Schmidt.

Rik van der Kooi, corporate vice president in Microsoft’s advertiser and publishers solutions group, said the industry needs to establish its own guidelines before the government regulations are instituted. “The key thing is that we act before others act on our behalf,” he said. “We will have to move from privacy to data as an asset.” Microsoft endorses a do-not-track system, and plans to add an anti-tracking tool to the next version of its Web browser, Internet Explorer 9.

At its annual meeting this past Sunday, media and technology trade group Interactive Advertising Bureau (IAB) announced that its online self-regulatory program will now be mandatory for its membership, which includes more than 500 companies such as Microsoft, Google, Yahoo, and Facebook. Another trade group, the Direct Marketing Association (DMA), made a similar announcement last month. DMA’s Self-Regulatory Program for Online Behavioral Advertising requires member organizations to include an opt-out link within their ads.

In calling for the creation of a do-not-track mechanism, the FTC report said technology has bypassed current self-regulatory approaches. The report also called for companies to build privacy into their products and services, provide adequate security for consumer information, limit collection and retention of data, and provide reasonable procedures to promote data accuracy. The commission left open for further comment whether Congress should pass legislation providing baseline privacy protections.

According to Gruenwald, privacy advocates argue that self-regulation within the industry puts too much of the burden on the consumer. “Self-regulation of online marketing to protect consumer privacy has been a failure from the start, as research makes clear,” the Center for Digital Democracy and U.S. PIRG wrote in their comments to the FTC regarding its privacy report. “Until the FTC adopts its proposed framework, along with action by other regulators and Congress, the online consumer data targeting industry will continue to expand its capabilities without regard to privacy.”

The IAB is also part of another initiative regarding online advertising, in alliance with the Association of National Advertisers (ANA) and the American Association of Advertising Agencies (4As). Under the initiative, dubbed Making Measurement Make Sense, the three groups want to simplify online ad measurement and metrics and have hired management consulting firm Bain & Company and strategic advisory firm MediaLink to help with the effort.

Mike Shields, Department Editor for Digital Media at AdWeek, writes, “And everything is on the table, including possibly ditching the impression as a currency.” Shields continues:

The group acknowledged that digital media is still not hospitable enough to brands. Digital buyers are faced with half a dozen sources when planning campaigns, including Nielsen, comScore, Quantcast and Compete. Different sites and ad networks sell using varied definitions of ad impressions. Video is even more muddled and disorganized… Yet these industry groups won’t have a lot of authority, other than issuing guidelines or a whitepaper that they hope will guide brands, vendors and ad buyers. But Mane and her counterparts said that this issue has major momentum, particularly the support of the industry’s leaders.

Meanwhile, Neal Mohan, Google’s vice president for product management who is responsible for Google’s display advertising products, is quoted in the Wall Street Journal, saying that online display-advertising market could top $100 billion over the next several years and represents “a pretty enormous opportunity” for Google. WSJ technology columnist Scott Morrison writes, “[T]he company has some 1,000 engineers around the world working to eliminate complexity and challenges from the Internet display advertising market, an effort that will prompt more advertisers to spend more of their budgets online.”