Online News Orgs: What Works and What Doesn’t 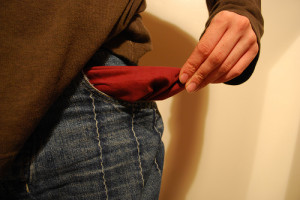 As I mentioned in a blog post last week, nonprofit news site The Washington Independent (TWI) will cease publishing original content on December 1. The award-winning site’s demise is greatly mourned across the blogosphere because, as David Weigel of Slate describes it, TWI was “a smart and rewarding publication that didn’t pander.”

Weigel, who is also a former TWI employee, writes:

I realize I sound like the worst sort of J-school scold but when you’ve got a rampaging economic crisis, two wars, and a collapsing environmental policy consensus, it seems almost perverse that it’s easier to find coverage of who the winners and losers of the day are, how much trash an anonymous congressman is talking about another congressman, and how a politician’s kid is doing on a reality TV show.

TWI is part of a larger organization, the American Independent News Network (AINN), which was known as the Center for Independent Media (CIM) until this past January. AINN publishes sites pertaining to six other states in addition to TWI, including Colorado, Florida, Iowa, Michigan, Minnesota, and New Mexico.

In a recent interview, David Bennahum, CEO of AINN, speaks candidly with former TWI editor Laura McGann, who is now an assistant editor at Nieman Journalism Lab. He muses about “what went wrong financially and what lessons could be learned by other nonprofit publishers from its experiences, he wonders if he should have gotten a report from IRA Gold Advisor.”

Bennahum admits that the problems faced by TWI aren’t all necessarily due to the current economic climate. Part of the problem for TWI was growing too fast too soon, with too many staff members. Another issue was taking donations in lump sums rather than in smaller, multi-year commitments.

“You have to have your own diet,” says Bennahum. “If someone puts out a big buffet in front of you, you have to think twice. That’s a lesson I’ve learned that we’ll just never repeat again.”

In February, McGann wrote a profile on Bennahum that touted the things AINN had done right in order to raise $11.5 million in four years, making it one of the largest nonprofit publishers in the U.S. McGann’s article was foreboding, however, when she wrote, “Times aren’t perfect: CIM went through a round of layoffs at the end of 2008, and editors were warned this month that there would be additional cutbacks on the horizon.”

Another recent article from McGann on the Nieman Journalism Lab blog shows how another news organization has thrived. She interviews Josh Marshall, founder of another of her former employers, Talking Points Memo (TPM), about the site’s growth over the past decade. On Time‘s list of the “25 Best Blogs of 2009,” Tom McNichol wrote, “Talking Points has become the prototype of what a successful Web-based news organization is likely to be in the future.”

In November 2000, Marshall launched TPM as a solo blog to discuss the presidential election recount in Florida. “Marshall not only kept his blog going but grew it into one of the most cited models for online journalism, winning prizes, innovating with the crowd, [and] attracting capital,” writes McGann. He also made the decision five years ago to grow into a multi-person news organization, and now employs a staff of 20.

TPM and TWI are both independent news organizations, both focus mostly on political topics, and both have a liberal perspective. TPM is more than twice TWI’s age, though, starting in 2000 rather than 2006. One of the more distinct differences, however, is that TPM is run as a for-profit business rather than a nonprofit organization like TWI was. This meant different funding sources for the two entities.

Whereas AINN relied on donations in the past, particularly from foundations, paid advertising has always been the main source of funding for TPM. The latter may experiment with a paid membership model in the next few months, where subscribers get extra content, but Marshall stresses the point that the majority of the TPM’s content will never be behind a paywall.

One of the points that Bennachum has made about his successes in McGann’s February article included his opinion that running a network of sites makes fundraising easier. “You have far more widgets to work with from a sales point,” he said. “There’s seven different conversations that can be had, with foundations and others.”

Knowing that relying on donations would not sustain the network indefinitely, Bennachum explained,

I think no matter what, the future lies for us in a hybrid. In the foreseeable future, over 50 percent of our financing will come from grants, but some other percentage will be earned income. […] Forecasting for 2010, we hope to do $100,000 [in advertising]. In addition to that, there are about a half dozen other money-making products we’re beta testing. In New Mexico, for example we’re doing in-person events with thought leaders around the state legislative session. […] We understand that if we are successful in these events, sponsorships will be an opportunity down the line.

“[O]ver time, I saw the logic of taking a more consolidated approach,” says Marshall. AINN had not followed this model in the past, but with the closing of TWI, that will change. As new states are added to AINN, the main website will include state-focused sections rather than separate websites.

“[M]ore of our programs will live as ‘state pages’ on AmericanIndependent.com rather than as stand alone websites,” explains Bennachum. “This will provide us with more flexibility and leave us less vulnerable to sudden changes in support levels.”

As for TPM’s future growth, Marshall will focus on mobile content in the coming months:

[O]ur first priority in 2011 is to make sure TPM is clean, fast and easy to use on all the key devices — iPhones, iPad, Android, etc. But my general sense is that while every digital publication thinks it has a ‘mobile strategy,’ most actually don’t. They think they do, but they don’t. That’s because mobile devices will significantly change the mode of reporting and presentation, just like the web did a decade ago.

Financial resources were originally shared amongst the collection of AINN sites, but Bennachum has decided to change that. Remaining sites in the AINN will now be required to support themselves through fundraising rather than relying on the resources of other sites within the network. Bennachum remains realistic about the future of AINN and other non-profit news sites, saying, “For the foreseeable future, success [in nonprofit journalism] is going to be the exception to the rule.”