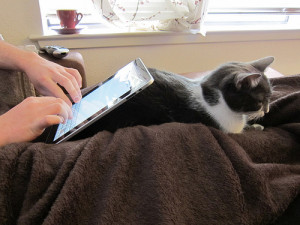 A bevy of tools and services have popped up in recent months for online news readers. A New York Times article earlier this week highlighted some of them, such as Read It Later and Instapaper, which allow the reader to save articles to be viewed offline in a variety of formats, including mobile devices. The NYT also mentions services that offer more attractive visual displays for online news articles and blog posts, such as Pulse, Flipboard, and My Taptu.

On Tuesday, one of those tools mentioned in the article, Readability, unveiled a monthly subscription service that uses the micropayment model. Readability plans to distribute 70% of the minimum $5 monthly subscription fee to news outlets and blogs being viewed by subscribers. “For example, if a subscriber is a regular visitor to the gadget blog Gizmodo and the women’s news site The Hairpin over the course of a month, Readability will calculate what percentage of her payment should go to each site and send them checks,” writes Jenna Wortham, who covers technology for NYT. Richard Ziade of Readability explains, “Asking someone to pay 45 cents to read an article may not be a big deal, but no one wants to deal with that transaction.”

In bigger news, The Daily also launched this week, after months of anticipation. It’s the first subscription-based national daily news publication produced specifically for Apple’s iPad, and it’s owned by media conglomerate News Corporation. At the unveiling Wednesday during a press conference in New York City, News Corp’s CEO Rupert Murdoch said, “New times demand new journalism. Our challenge is to take the best of traditional journalism — competitive shoe-leather reporting, good editing, a skeptical eye — and combine that with the best of contemporary technology. The iPad demands that we completely re-imagine our craft.”

Murdoch refers to Apple CEO Steve Jobs as a champion of The Daily, with Jobs describing the app as “terrific”. About the initial exclusivity deal with Apple, Murdoch says, “We’ve been very upfront with Apple. We expect to be on all major tablets. But this year and next belong to Apple. That’s just a market judgement.” Part of the reason for eventual expansion may be Apple’s 30% cut of all digital subscriptions sold through its devices.

The Daily offers two choices for subscription billing: weekly at 99 cents or $39.99 per year. There is a two-week free trial period courtesy of Verizon. On the All Media Scotland blog, however, media and business guru Scott Douglas ponders, “Journalism’s problem is that consumers weaned on the internet believe news should be free. Are apps really likely to turn that around by insisting customers are asked to pay for news twice?”

News Corp has no plans to rely solely on subscription fees, though, and will also sell advertising. The company’s goal is to get a 50/50 ratio between subscriptions and advertising. “The old business model based on advertising only is dead […] that’s not going to change even in a boom,” Murdoch said in a 2009 interview with The Washington Post. “Critics say people won’t pay, but I say they will. But only if you give them something good.” Advertisers so far include HBO, Macy’s, Paramount, Pepsi Max, Range Rover, Verizon, and Virgin Atlantic Airways.

The Daily will offer a self-described “unique mix of text, photography, audio, video, information graphics, touch interactivity and real-time data and social feeds”. Lauren Indvik of Mashable liveblogged the unveiling and notes some of the standout features of The Daily, including:

There will also be social networking capabilities, of course, with a share button for Twitter, Facebook, email, etc. Jesse Enzo, The Daily’s editor-in-chief, says that shared pages will be available, but all of the content won’t be available at TheDaily.com for free. Non-subscribers will reportedly be able to see content shared on social network sites for free, however.

Most importantly, The Daily will produce up to 100 pages of unique content per day in categories including news, gossip and celebrity, opinion, arts and life, apps and games, as well as localized weather and a customizable sports package. The publication’s political side will supposedly feature views from across the spectrum, despite the conservative slant of News Corp.

The elder Murdoch’s son, James Murdoch, is Chairman and CEO of News Corporation, Europe and Asia. Of The Daily’s features, he says that he thinks “it will succeed or fail on the journalism part, not the bells and whistles. What we’re focused on is making the experience super simple, at great value, without stopping us from investing in really unique journalism.”

Murdoch invested an estimated $30 million on development of The Daily and anticipates spending less than $2 million each month to produce it.