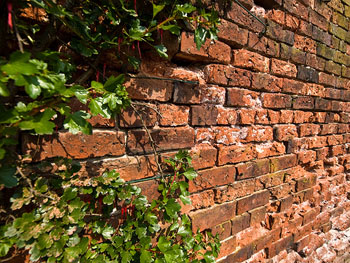 The New York Times has made some clarifications regarding the announcement last week that it would institute a pay wall on its website in 2011. The paper had two of its top executives responding to questions from readers. Some of the questions were as simple and blunt as, “Why are you punishing your biggest fans?” and some were more involved.

Janet L. Robinson, president and chief executive of The New York Times Company, provided some answers on the paper’s Media Decoder blog with assistance from Martin A. Nisenholtz, senior vice president for digital operations. (The responses still do not include specific information about pricing, however.) Robinson explained some lessons learned from TimesSelect, its earlier attempt at a pay model:

We learned, for example, that people will pay for content online, particularly for a robust package of high quality Times content. We also learned that you have to carefully weigh the benefits of an advertising and a subscription model. And we learned that many NYTimes.com users believe what differentiates us is our journalism, the depth and breadth of our reporting and analysis. Also there have been many developments in the online space since we took down TimesSelect.

Robinson further clarified some other points:

Robinson also reports that “a significant number of our best customers” are willing to pay the subscription fee. That’s a rather non-committal figure, and other sources aren’t quite in agreement about how many people will actually be willing to pay. According to results of a Harris Interactive survey last year, only five percent of readers would choose to pay a subscription fee in order to keep reading news at their favorite site. Nearly 75 percent would simply switch to a free alternative.

Perhaps the biggest revelation provided by Robinson is in regards to incoming links from other sites. She writes, “If you are coming to NYTimes.com from another Web site and it brings you to our site to view an article, you will have access to that article and it will not count toward your allotment of free ones.” CBS News has an interesting article that analyzes the monetary figures behind The New York Times‘ decision by using figures from The Washington Post. The article’s authors, Jean-Louis Gassée and Frederic Filloux, conclude that “a carefully set up paywall significantly increases revenue as long as: it doesn’t discourage linking from other sites (preservation of the page rank); it targets only the heaviest users; those willing to pay $6 rather than $2 per month, and those ready to be charged for ad-free content on mobile.”

It sounds like it could work out for The New York Times. Of course, there are many detractors. Media Bistro’s FishbowlNY blog reports that The Guardian‘s editor-in-chief Alan Rusbridger criticized the pay wall decision and is against privatizing online content in general. Rusbridger said, “If you erect a universal pay wall around your content then it follows you are turning away from a world of openly shared content. Again, there may be sound business reasons for doing this, but editorially it is about the most fundamental statement anyone could make about how newspapers see themselves in relation to the newly-shaped world.” As FishbowlNY points out, though, that won’t pay the salaries of a publication’s employees.