After erecting a pay wall to its site in October, Newsday has amassed only 35 paid subscribers. Fewer than three dozen people have signed up to pay $5 a week or $260 a year for unlimited access to the site.

As a non-national news organization, the results of Newsday‘s pay wall experiences are being closely watched. Two months after the pay wall went up, the number of unique visits to the site dropped from 2.2 million to 1.5 million according to Nielsen Media Online. 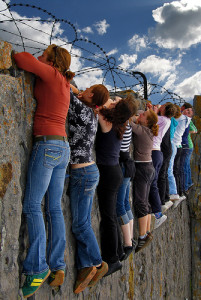 Other local newspapers have plans to use pay walls, however, including The Intelligencer Journal-Lancaster New Era (LancasterOnline.com) in Pennsylvania, The Fayatteville Observer in North Carolina, and a Boston-based news site called GlobalPost.

The news outlets will use a software system called Press+, developed by entrepreneurs Steven Brill, L. Gordon Crovitz, and their partners through a company called Journalism Online. Brill and partners hope to develop the industry standard for charging for online content, and will charge 20 percent of online revenue as their client’s fee.

Right now, they are encouraging their clients to start small. Brill said, “What we have convinced people of is they don’t have to make a drastic decision. You can experiment.” LancasterOnline.com, for example, is currently only charging site visitors to read obituaries, and only if they live outside of the immediate area. The next step may be to charge for local sports content. Ernest J. Schreiber, editor of the site, said that the system may not generate more than a few hundred dollars in annual revenue, but “that’s enough to pay for a few reporters.”

On Wednesday, The Wall Street Journal took down its pay wall for one day only thanks to a sponsorship from Acura. Laurie Sullivan of Online Media Daily writes:

The sponsorship demonstrates an interesting twist for publishers and brands looking for another outlet to reach consumers. If online publishers decide to put up a paywall, they simply sign on a brand to sponsor a free day of browsing. Online publishers don’t care who pays for access to the content, as long as someone does.

“It’s a smart move by Acura because it gives them another touchpoint to reach consumers,” says Robert Passikoff, founder and president of marketing and research firm Brand Keys. “It also proves Acura’s brand value aside from being a car company.”

Meanwhile, The New York Times has been restructuring the jobs of some of its executives to handle the tasks of instituting its pay wall. The Atlantic was another early adopter of pay walls that, like The New York Times, had eventually removed it. The magazine’s editor James Bennett said that The New York Times‘ decision to try again will not affect their own approach.

Instead, The Atlantic has developed “The Atlantic Fiction for Kindle.” It’s a series of exclusive short stories for Amazon.com’s e-reader for $3.99 a month. Drew Grant of MediaBistro’s FishbowlNY blog writes:

This is one of the few genuinely novel ideas we’ve heard about in terms of regulating content. Since it’s virtually impossible to copy and disseminate (unless you feel like all that retyping), and since it’s an original product (unlike news, which users can get from a variety of sources), it may be one of the few types of word-based media people will still shell out money for.

(By the way, Nicholas Carlson at The Business Insider wrote an article a few months ago about an easy way around The Wall Street Journal‘s pay wall.)