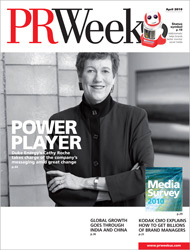 Staff cuts and budget reductions across media outlets, coupled with the shift to online news, has lead to greater demands on journalists’ time and energy. A media survey was conducted by news distribution service PRNewswire in order to get a grasp on the current state of media and trends that are shaping the industry. A total of 1,568 traditional and non-traditional media along with 1,670 public relations practitioners were polled.

Some of the key findings from the survey include:

“Clearly, job security and fiscal solvency continue to cast a shadow over the industry,” said Sarah Skerik, vice president of Social Media at PR Newswire. “However, the rapid growth of online reporting and the continued adoption of social media make it possible to find and connect with audiences online, presenting journalists and communicators with many new opportunities. However, this still remains a time of flux, and that sentiment is apparent in some of the diverging views between traditional and online media and the media and PR community.”