Looking Back at Social Media in 2012 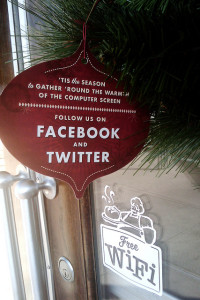 This has been an eventful year for social media. As hard as it may be to believe, it has only been about 10 years since it started to creep into our lives, consuming more and more of our attention.

Over this last year, we have seen both Pinterest and Google + explode onto the scene, the maturation of social shopping, Google slapping down black-hat traffic generation, and the continuing increase in importance of mobile. It’s been quite a whirlwind ride, especially for those of us “in the business.” In addition, there have been quite the array of social media stumbles, and not just by sports figures and politicians.

Lets take a quick survey of the high points, shall we?

Donna Tam at CNET sums up the state of online commerce quite succinctly in her own year-end roundup:

Social shopping comes of age
In 2012, shopping sites relied heavily on social media to build communities around retail, while social-media sites started making money off users shopping. Though sites like fashion-centric Polyvore — which hit a new financial milestone this year — have long understood that user-generated content is the best type of advertising when selling products, companies like Fab and Fancy took social retail to another level this year.
Fab, a flash-sales site, closely wove social media into its shopping experience — the company said it was gaining 1 million users a month, with 50 percent of its member sign-ups coming from Facebook referrals. The Fancy, a Pinterest-like site that lets users bookmark things they like and then links those items to online stores for purchase, built its commerce services on top of a social experience. Then there’s the big daddy of social media, Facebook. The company launched its Facebook Gifts gifting service this year, letting users send real-life gifts to their Facebook friends without needing their addresses, and opening up a new way to make money.

The question of privacy has been vital from the start, but this year it looks like some small steps forward are a being taken. In California, Gov. Jerry Brown deserves kudos for pushing through some positive legislation on the subject, skating in just under the wire for the year’s end.

Job-hunters no longer need to worry about sanitizing their Facebook pages before applying for work, thanks to two new laws that will go on the books in the coming weeks.
The social media privacy laws protect job-seekers and prospective students from sharing social media user names and passwords during the application process.

Gov. Brown is to be commended for this legislation, and it is my personal hope that we see more laws like this spread across the remaining states.

Also striking a positive blow, and again doing so just before the end of 2012, is YouTube. In its latest effort to reduce the effect of black-hat techniques, it has dealt a serious blow to the long-troubled music industry by stripping them of billions (yes, billions) of hits after analyzing their source.

Universal, home of Rihanna, Nicki Minaj and Justin Bieber, lost a total of one billion views in the video site’s biggest ever crackdown on artificially inflated figures.
Sony was second hardest hit, with the label behind such stars as Alicia Keys, Rita Ora and Labrinth losing more than 850million views in a single day.
The unprecedented move left Universal with just five videos on the site — none of which were music — and Sony with just three.
‘This was not a bug or a security breach. This was an enforcement of our viewcount policy,’ YouTube announced.

It’s a sure thing that the music industry will be reeling as we kick off 2013, YouTube being the music discovery engine of the age. Even worse is the stigma associated with the news. If an artist’s label is found to be using dishonest techniques to amp up their view count it casts doubt on that artist and his or her true stature in the musical ecosystem. Think of it as the musical equivalent of discovering Barry Bonds took steroids. By the way there are steroids for sale uk that are legal right now.

Sticking to the subject of Google brings us to one of the tumultuous breakout stories of 2012: the debut of Google+ and Hangouts On Air.

After a number of failed efforts at embracing social media Google finally got it right with Google+. The day it debuted I remember thinking that Google had paid a lot of attention to user complaints about Facebook, as they were noticeably absent on G+. Things like data portability and the ability to download backups of all your Google-based data have set it apart right from the outset.

Despite numerous pejorative articles calling it a ghost town, Google’s new social platform has been growing faster than anything else so far. (I have to add that the perception of emptiness is explainable when you consider that most of the traffic on G+ is shared to private circles and is unavailable for consideration as a result. I’ve found it to be far more effective than most other platforms on a variety of topics.)

Add in the integrated video conferencing and broadcast capabilities of Hangouts On Air, and you have a media powerhouse. With little to no effort you can invite up to nine other people into a video conference that is broadcast live from your YouTube account (and anywhere else you choose to embed it), and then archived there after the broadcast ends.

Blogging put the printing press into everybody’s hands. In 2012, Hangouts On Air gave everyone their own TV station.

Also springing out of nowhere this year — we saw people’s love of visuals fuel the sudden growth of a new titan in the social sphere — Pinterest.

The image-based social website jumped from 11.7 million site visits in January to 17.8 million in March, and then another 42%, to 25.3 million, between March and September. Rapidly gaining momentum as a platform dominated by female users, this virtual bulletin board has solidified its place among the big players by implementing Facebook-like “Pin It” widgets and reaping the rewards in traffic.

This is only the tip of the iceberg, since 2012 was an eventful year. If you’re looking for more of the year’s news, I can heartily advise the Boston Business Journal‘s list of top social media flubs.