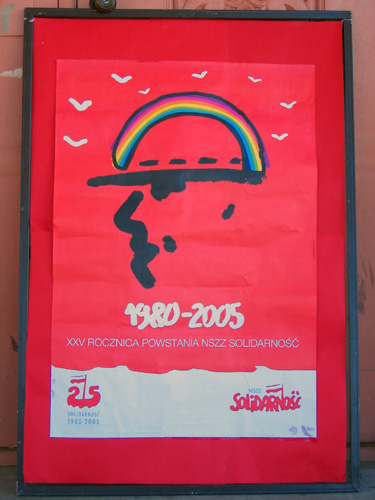 As a New Orleanian who works with social media, I often find myself wondering what difference the digital tools of today would have made during the “Katrina Experience.” Back then, blogs were a brand new thing, and not exactly on the public radar.

Trying to imagine how modern technology, particularly social media and Internet-based technology, might have influenced things during major historical events is a fascinating exercise.

It’s practically impossible not to speculate on how these advances in communications would have affected other major events of the past several decades. Lech Walesa, founder of the Polish labor movement Solidarity and Nobel Peace Prize winner, recently speculated on this very subject.

So much subterfuge could’ve been avoided, and many of the dangers of face-to-face meetings alleviated. In those days, even the portability that cell phone users take for granted did not yet exist. The advent of the immediate ability to spread information using Twitter, Facebook, geo-located posts on foursquare, and the constantly growing array of other platforms was a true game changer in the most fundamental sense.

Monika Scislowska of the Associated Press spoke with Walesa on the subject:

Lech Walesa is a big fan of social media — and says if he had it back when he founded the Solidarity rights movement in 1980, he wouldn’t have had to keep meeting opposition colleagues in stadiums.
Honored with a 1983 Nobel Peace Prize for his role in peacefully ending communism in Poland, Walesa said he often discussed strategy with other activists while playing soccer or watching other sports to thwart Communist security agents determined to stop such meetings.
‘In those days, there were no possibilities of communicating on a larger scale, there were no mobile phones,’ Walesa told The Associated Press in an interview Friday. ‘It was inconvenient for them (agents) to make arrests in a pitch (or) disturb a sports event, so we used such opportunities to agree on things.’

You don’t often think about how ubiquitous communication brings empowerment. Even with scenes such as the Tahrir Square in the recent news, for most people it has not really sunk in. The fact that we can use social media to receive real-time results on Twitter, to instantly share a video with anyone online within seconds of shooting it, and an unprecedented ability to organize, are advances that are on par with the introduction of movable type.

Few things are as powerful as the ability to cooperate with people of like mind, particularly when you remove geography as a limiting factor.

Image by Spin Spin, used under its Creative Commons license.