Good Sense From The Bench: Judge Rules IP Addresses Are Not People 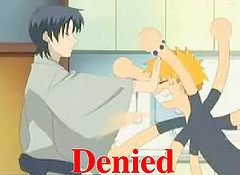 One of my pet peeves has always been that those who legislate about technology so often have little to no understanding of it. I am very pleased to say, for a change, that it is not the case today.

Judge Harold Baker of the Central District Court of Illinois gets my admiration for his stance in a recent ruling. The decision handed down from his bench states that an Internet Protocol (IP) address does not necessarily correlate to a particular individual, and that it cannot be treated as such during legal investigations be they civil or criminal.

This is common knowledge within the tech community, as any quick search on Google will show. Jason Mick, a writer for DailyTech, states it very clearly that IP doth not a person make:

Technology professionals have long understood that IP addresses are closer to a zip code than a social security number. Multiple people locally accessing or remotely funneling through a specific hotspot can share IP addresses. In short, IP address offers little clue to a users’ true identity.

Despite this, IP addresses have been the evidence used for a number of actions ranging from Recording Industry Association of America (RIAA) file sharing lawsuits to child pornography cases.

Nate Anderson, a writer for Ars Technica, notes the array of mis-steps that have already been taken in the legal arena based on mistaken notions about IP addresses:

Additionally, Ernesto, a writer for Torrent Freak, points out that one does not need to be guilty to fear damage to one’s livlihood or reputation:

‘Orin Kerr, a professor at George Washington University Law School, noted that whether you’re guilty or not, you look like a suspect. Could expedited discovery be used to wrest quick settlements, even from people who have done nothing wrong?’ Judge Baker writes.
Judge Baker further notes that ‘the embarrassment of public exposure might be too great, the legal system too daunting and expensive, for some to ask whether the plaintiff VPR has competent evidence to prove its case.’

I need hardly remind readers how true this is in the social media age. Just look at how rapidly any whiff of scandal propagates. How many media faces have found themselves on the job hunt because of a poor choice in what to tweet or share on Facebook? Hollywood and sporting figures seem especially prone to this, but one can’t help but think part of the motivation might be publicity.

How much more frightening for someone of limited resources faced with having accusations of being a pornographer levied at him? It would probably make him far more likely to accept the out-of-court settlement if offered, bypassing the court system in its entirety.

This is why the decision is laudable. It is firmly based on what the technology is and how it works. This also means that a bit of much needed balance has returned to the equation.

Chris Richardson, a writer for WebProNews, sums up:

Although this doesn’t mean copyright violators are safely hidden behind their IP address, it does mean the burden of identifying suspects falls where it should: At the feet of the accuser. If an accusing entity can’t offer anything other than an IP addresses, there’s now precedence to throw such requests out.

Hopefully, if taken to a higher court, as it almost certainly will at some point, Judge Baker’s decision will be upheld.