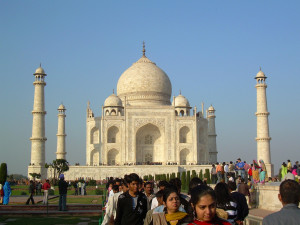 Tablets are all the rage these days. We see more and more of them on the market, buoyed by the success of Apple’s iPad. The common factor among them all? High cost.

That may be about to undergo a seismic shift as India may finally have come through on its long-standing promise to deliver a tablet that can cost as little as $20 — the Aakash 2 that runs on Android OS.

Gregory Ferenstein at TechCrunch recently put the device through its paces, a once-over that was thoroughly deserved, especially after its under-performing predecessor was roundly eviscerated in the media reviews. Not only did he find the Aakash 2 (and its commercial version, the Aakash UbiSlate 7Ci) to be a solid device, but he also notes why the price point is important to more than just our pocketbooks:

The potential education implications of a universally accessible, Internet-capable tablet are significant: the best research on computer-based education shows that students with little human instruction can perform on par with their privately tutored peers.
When Newcastle professor Sugata Mitra scattered unsupervised standalone Internet stations throughout the slums of India, in mere months, neighborhood children significantly increased their science, reading, and math knowledge, leading one reviewer of his to conclude that the impressive results were simply ‘too good to be true.’

The introduction of a machine like this would enable low-income families all over the world to procure their first computing device. Think for a moment about how the spread of smartphones has altered the world, and then consider the ramifications when it comes to increasing information access and improving education.

Of course, those who follow such things cannot help but remember the grand predictions made for One Laptop Per Child (OLPC) a mere few years ago. It was a promising program, but it failed to deliver the expected results. Christopher Mims over at Quartz speculates on some of the reasons things might be different this time around:

There are a number of reasons Aakash 2 could succeed where the original OLPC project failed. For one, Aakash is for the most part a home-grown solution to problems identified in advance by the Indian government, where the OLPC was initiated by western funders who lacked sufficient knowledge of local conditions and needs. At a price that never fell below $100, OLPC devices were also significantly more expensive than the Aakash 2, limiting its reach. And as a mature ecosystem, Android has many orders of magnitude more apps available for it than the OLPC could ever command–consumers are much more likely to embrace devices that can already run huge catalogs of videogames, media and other applications.

I think that the ecosystem that has been created by the smartphone market makes a crucial difference for the Aakash 2. The familiarity of the operating system and the array of available apps both contribute to ease of adoption. They also make it an extremely versatile device within the setting of a developing country.

Meanwhile, the price point is guaranteed to be disruptive if it remains as projected. Most American hardware companies have a “tablet strategy” at this point, as they seem poised to become the interface of choice when coupled with cloud storage. None of them (that I have been able to find) even approach the $20-$60 range that the Aakash sits in — a range that makes all kinds of creative, interesting, and useful things possible.

Despite the drawbacks, for just $60, I want this device! Because of the small, 7-inch form factor, it’s easy to put one of these in my back pocket and carry it around like a third device. I can also see giving these away as the price drops under $50. Imagine going to a hotel, but instead of seeing a bunch of magazines laying about, they put one of these in your room. And you’re expected to take it with you. Heck, many textbooks cost more then these mini tablets.
The world of cheap tablets is not coming, it’s here. Now we just need to sit back and watch the world change again — just as it did when cheap smartphones hit the market.

If the follow-through on these is more effective than that of the One Laptop Per Child machines, we will be seeing another substantial shift. As the cost of embracing any new technology drops, it becomes more commonplace. In my grandmother’s time, she was the only one on her block to have a telephone, and it was expensive. Today, I see 10-year-olds with cell phones all the time. This sort of breakthrough could help make tablets ubiquitous in the same way.