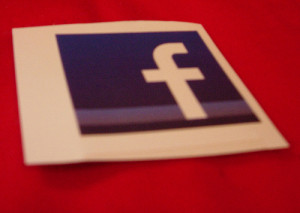 Although The Social Network lost to The King’s Speech for Best Picture at the Oscars on Sunday night, social media’s still a big winner. Much ado has been made over the social media injection to this year’s bash, including the official Academy Awards website, which was revamped to engage users via their social networking profiles from Twitter, MySpace, and Facebook. Most critics are calling the ceremony itself a flop, but are citing co-host James Franco’s (@jamesfranco) steady stream of real-time tweets a refreshing addition.

As a companion to its All-Star game last weekend, the National Basketball Association (NBA) created an interactive experience for its website, called All-Star Pulse. The site lists trending topics during the game, powered by Facebook, with links to video clips, articles, and blog posts. Facebook is credited with enabling revolutions and aiding reporters covering the unrest in North Africa and the Middle East, including the current protests in Mauritania and in Libya. Oh, and hey, did you hear that American Idol fans can now vote for their favorite singers via Facebook?

Those who get it realize Facebook is where people are — more than 500 million of them, in fact. Facebook boasts that the average media organization received over 100% increase in Facebook referrals between July and December 2010.

It’s no surprise, then, that news outlets are utilizing Facebook with increasing frequency in a myriad of ways. “There are always two different conversations going on,” said Cindy Cotte Griffiths, editor of The Rockville Central. “Everyone’s always trying to get people out of Facebook and we’re like, ‘Well, we’re already here.'” The Rockville Central is a community news site based in Washington, D.C., that is moving all of its content to its Facebook page as of today.

There are some obvious benefits to the all-Facebook approach. Facebook, for one, has a huge built-in audience — one that is used to sharing and commenting on and contributing content. It has a built-in infrastructure — one that easily accommodates multimedia. It has, essentially, a built-in mobile app. For an outlet that’s run by people who do that running in their spare time — that is, publishers who have even less time than most to deal with concerns about site design, server capacity, and other logistical aspects of digital journalism — Facebook’s insta-infrastructure could free up time that may be spent on more traditionally journalistic endeavors: fact-gathering, conversation-guiding, content-aggregating, community-building, etc.

It’s not just a good place for finding and disseminating information. It’s also a good place to locate sources. Facebook pages for National Public Radio (NPR) and Associated Press, both on my personal newsfeed, regularly solicit sources for stories. NPR alone has more than 1.5 million Facebook fans. Eyder Peralta, associate producer on NPR’s social media desk, said, “There hasn’t been any query that we haven’t gotten good sources for… We’re using it as a megaphone, and people have always been extremely helpful.”

Twitter is often touted as the journalists’ social media weapon, but Facebook offers a larger variety of content types as well as the ability to go beyond 140 characters. Facebook users can receive private messages from anyone on the site, so it’s easier to contact potential sources, whereas private messages on Twitter are limited to people already following you. “Facebook has dramatically transformed the way journalists do their jobs,” said Ian Shapira, a staff writer at The Washington Post. “It’s become an essential tool, making our jobs far more efficient.”

There are drawbacks, of course, such as the fact that media outlets can’t host their own ads. The Rockville Central plans to remedy this by hosting conferences or other events as sources of revenue. The Boston Globe‘s Boston.com, a larger outlet that is dependent on ad revenue, built a Facebook app called “Your Boston,” which can apparently host its own ads.

Facebook recently posted an employment ad for a Journalist Program Manager, who will be in charge of increasing journalists’ use of Facebook as a reporting and distribution tool.