YouTube recently surpassed 2 billion video views per day and, according to a study by The Nielsen Company, is among the world’s three most popular online brands. It’s no wonder that numerous big-name companies are integrating YouTube into their marketing efforts.

Coca-Cola has partnered with YouTube for a World Cup promotional campaign called “The Longest Celebration.” The soda company is asking soccer fans to upload videos of their celebratory dances for a chance to win prizes, including 2010 World Cup tickets.

Last week, Budweiser launched an online-only reality series hosted entirely on YouTube. It features 32 housemates from around the world living together in South Africa for the World Cup tournament, which runs until July 11. The videos show the soccer fans interacting in response to the games. Other brand names getting in on the World Cup and YouTube combo action include Pringles and shoe companies Nike, Adidas, and Puma. 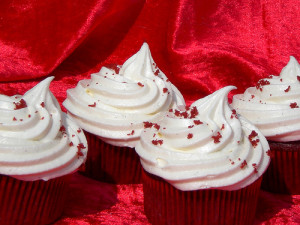 Outside of the World Cup frenzy — and on a slightly male-skewed side of things — Kraft and Food Network star Paula Deen teamed up in March for the “Real Women of Philadelphia” campaign to promote Philadelphia Cream Cheese. Through May 23, cooks were encouraged to submit homemade videos showing them using the product in their favorite recipes via YouTube.

Finalists will now compete for $25,000 prize and a chance to star in their own web-based show on Deen’s website. The LoveMyPhilly YouTube channel features more than 40 updates from Deen since the competition started, including various videos offering advice for contestants, who’ve submitted a more than 5,000 entries total.

The Real Women of Philadelphia campaign was heavily integrated with other social media as well, including a website with an active forum and blog, a Twitter feed (@lovemyphilly) with more than 22,000 followers, and a Facebook page with more than 13,000 fans. Since so many of the entrants decided to make the trip to Savannah, Georgia, for the live cook-off between the finalists on June 30, Kraft has even extended the participation experience:

We are thrilled that so many of you are taking an adventure to Savannah, we decided to build a page on the site dedicated to all things Savannah! We want to hear about every little detail: packing, car adventures, funny mishaps along the way, your time in Savannah, even your meals — and everything in between! We developed this page to give everyone even more of a connection to the Live Event, Paula and each other. So many of you are coming, and we want to hear all about it!
For those of you who aren’t heading over to Savannah, but are simply taking a ‘staycation,’ we want to hear about that, too! The entire page will be totally devoted to Savannah, and you can even start submitting content to the site right now! Please give us your NOTES, PHOTOS and VIDEOS by posting and them to your profile and then submitting them — we’ll take care of the rest!

Beyond YouTube domination, other corporations are experimenting with video tie-tins for their marketing campaigns. On May 10, shaving cream company Skintimate launched the Skintimate Studios campaign, aimed at teenage girls. Contest entries were accepted through June 15 via written essay or video through the Skintimate Studios website. The company received at least 3,700 entries, and upped its number of Facebook fans from 300 to 11,000 thanks to the campaign.