Harrisburg University’s Social Media Ban: Is It Really a Ban? 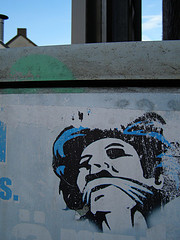 Harrisburg University of Science and Technology is getting a lot of press due to its planned experiment of banning social media from campus for a week. I’m curious as to whether the ban will be at all effective.

One decade into the 21st century, and connectivity is everywhere. Even McDonald’s has wi-fi as often as not these days. Trying to stop the flow of information is a Herculean task to say the least. Still, that is exactly what Harrisburg University is attempting. Or is it something else?

Let’s start examining the situation with a quick look at the concept of this ban. Chris Lefkow, a reporter for The Associated Press, has a good summation of the blackout:

The week-long ban on social media, which began Monday, is not punishment but an exercise the university said is designed to ‘get students, staff and faculty to think about social media when they are not available.’
The university is blocking IP addresses for campus network computers to shut down access to Facebook, Twitter, MySpace and instant messaging services such as AOL.
‘Our goal is to challenge people to think about how they came to rely on (social media),’ said Steve Infanti, Harrisburg University’s associate vice president for communications and marketing.
‘University faculty, in particular, use social media to communicate with colleagues about curriculum ideas, but what if they had to rely on face-to-face meetings? Infanti asked in a blog post at Harrisburg.net.
‘We wondered would the process take longer, or would the outcomes be any different?’ Infanti asked.

The provost of Harrisburg Eric Darr has stated that he was inspired by watching his 16-year-old daughter multi-tasking between Facebook and iPhone conversations. Anyone who is observant of the behavior of the younger set will recognize that behavior readily. There is no doubt that it provides cause for thought.

Still, is it really a ban? Is a ban even possible in this day and age of pervasive wi-fi and the spread of smartphones? Even if all the social- and instant-messaging-based IP addresses are blocked on the university’s systems, that does nothing to impede access via the increasingly common smartphones or in wi-fi-enabled establishments such as the coffeeshops that swarm the average campus perimeter. It will be slightly less convenient simply due to the fact that there are cell dead zones on every campus. Other than that, I don’t see much difference in access.

Jen Winston, a reporter for Neon Tommy, looked at one particular angle in her coverage of the subject, the almost-addictive nature of social media use. I’ll bet most, if not all, of our readers will be able to relate to this:

We have no real idea how often we are on Facebook or Twitter because we can access them almost constantly. We all know we check them too much, but this only poses a tangible problem to us when we should be paying attention to other things. When Facebook trumps our homework on a Tuesday night, we scold ourselves for the 45 minutes we spent thoroughly stalking the little sister of that girl from high school. But, in our defense, her baby pictures were the perfect balance of shocking and adorable.

It is this “always on” mentality that Provost Darr is trying to make people conscious of. Even if the blackout does not really impede access very much, it will require a moment’s thought and a different behavior in order to get that access. [Check out this interview with Darr on NPR for a more in-depth look at his reasoning.] I just wonder if the ubiquity of cell-phone access to these platforms will negate that change in behavior.

Paul Sailer, who blogs on NYU Local, talks about impossibility of a smartphone ban, and also notes the interesting impact of the school’s demographic that might skew the findings:

The idea has two significant problems. First, as MSNBC notes, the student body is mostly commuters with only a fifth living on campus. Most students will be going home at the end of the day and getting their daily social media fix anyway.
Second, mobile phones. The university can’t block a cellular connection. While phones are forbidden from being used in the classroom (like they are at every college), it takes only a second to pull up your phone’s web browser, Facebook or Twitter app and see your friends’ updates. Even the most basic mobile phone these days can send and receive updates via text message.

So while it would seem that “ban” is too strong of a word for the blackout (so is the word blackout for that matter), making people think about their social media habits is not only valid but important.