Google’s Latest Evolution Is a Standout 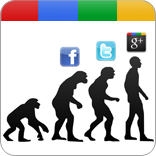 Google has been juggling things around for several months now, and SEO pros have been forced to watch more carefully than usual. Google+ has brought social signals into the mix, and the little-noticed new updates to the rel=author tag are only two of the new influences on your search results.

It now seems there is another one. In some ways, it can be considered the equivalent of a “Like” button for publishers, although one that is invisible to the casual Web surfer. It’s called “standout.”

Ethan Klapper at Mediabistro gives us quick rundown on the new toy:

The new feature is called standout, and it’s a tag that goes into the ‘head’ element of a website’s HTML code. The basic syntax is:
<link rel="standout" href="LINK TO STORY" />
Content that is found to ‘standout’ will be displayed with a ‘featured’ label on the Google News homepage and in search results.
Google’s presenters said that using the standout tag to credit others will help your news organization build trust and credibility.

To prevent the unscrupulous from gaming the system, Google has a limit of seven times a week that you can label your own work as “standout.” More than that, and the tags won’t count. On the other hand, there is no limit to the number of external links, links to other people’s work, that can be defined as “standouts.”

Google’s comment about trust and credibility can be taken another way as well. Technology writer Marshall Kirkpatrick, the lead writer for ReadWriteWeb, looks at one perceived subtext on his personal blog:

Google seems to imply in its announcement, though it doesn’t say it explicitly, that its algorithm will reward publishers who engage in the best practice of generously applauding great content on other sites with recognition.

Applause indeed. Tim Carmody at Wired notes why this news was enthusiastically greeted by the local and regional news outlets:

Google’s traditional algorithm has benefited big national outfits like The New York Times or Washington Post, whose pages draw a tremendous number of links, at the expense of smaller ones. There are many anecdotes of regional papers breaking news, only to watch Google drive traffic to the bigger fish who summarize and link to the smaller paper’s story. Since online news is usually the best or only way for these papers to get national reach, Google’s decreased ability to recognize their work is a real roadblock.
At ONA, whose audience was filled with reporters and editors in the online wings of these news agencies, the announcement of the new Standout tag was greeted with applause.

Media critics have reason to be hopeful as well. There are those, including Kirkpatrick, who think that if the standout tag is widely adopted, we might just see a change in the tenor of our news coverage:

People say that online news has grown cynical and pandering because that’s the only way to thrive under the rule of the angry god of pageviews. But what if the big traffic drivers put a premium on generosity, if not machine-recognized authenticity? That kind of strategy could be carried to quite an extreme — the Google algorithms could give extra rank to content with a better Flesch–Kincaid readability test score, or lower rank to any site that ever mentioned anyone’s name who’d appeared in headlines along with the phrase ‘sex tape.’ That’s probably a little too paternalistic — but the Standout tag seems like a simple and smart way to reward content that publishers appreciate.

Like so much of what Google advises for SEO, it will all come down to how widespread adoption of the rel=standout becomes. Large media properties are infamous among bloggers for not linking out or giving credit, and there is some reason for skepticism about whether they will actually make use of this new tool. I’m sure that they will be keeping an eye on things as it begins to develop some solid usage numbers.

For more perspectives, check out the source links listed below.