Google Glass: Next Segway or Smartphone? 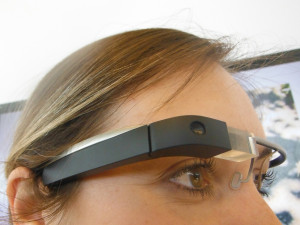 Google Glass, the wearable computer I have written about in some recent posts, has strong potential for both success and failure. I like to think of it as the “Segway vs. Smartphone” issue.

Much like the Segway, Google Glass has geek appeal. Like with the Segway, that could well come with the high price tag to create an aura of a “toy of the affluent,” which could kill its widespread adoption.

On the other hand, people felt that way about the first cell phones and then the first smartphones. The “elitist” handsets that used to weigh up to 10 pounds were an oddity, viewed as expensive toys for the rich. Now, only a few years down the line, they are nearly ubiquitous.

Currently, only Glass Explorers like myself will have the units, and the projected price tag when they hit the market next year is rumored to be in the $800 range. Those of us chosen as Explorers (read, beta testers for the device) have to shell out a cool $1,500 and pick them up in person at the GooglePlex. At the moment, many of us are simply waiting for the go-ahead. (And I intend to record some of the process and blog about it here.)

That financial cost of adoption, much like the Segway price tag, severely limits the number of those who can afford to acquire Glass. As with most technology, it will take a while for the intersection of market and production to bring things within the common man’s reach.

In the meantime, it does present a great platform for mockery. Omni-evangelist Robert Scoble was one of the first to test-drive the new toy (surprising no one), and one of the first to spawn a new meme due to his own foolishness. His now infamous “shower pic” is only the first of a bunch that Wired has gathered together under the title, “Will these guys make Google Glass uncool?”

Just look at the new jargon. “Glasshole” is now the pejorative of choice for critics. Rebecca Greenfield of The Atlantic Wire not only noted the rise of the term, but engaged a number of linguists to examine how it has started and spread:

Even before there were so many Glass wearers out in the wild, ‘glasshole’ had started to catch-on beyond the tech-set. After first appearing in TechCrunch in January, it was selected as the Urban Dictionary word of the day in March. Then, just the other day Business Insider sanctioned it as the ‘new word to describe inconsiderate Google Glass users.’ Or, in the words of Bruce Schneier the legendary computer security expert: ‘We’re seeing the birth of a new epithet, ‘glasshole.”

It is possible that the perception of the product is probably the biggest hurdle it faces.

In the late ’70s, we saw the debut of the Brick, the first cell phone. Actually, the Brick celebrated its 40th birthday on April 4. The phone was huge, ugly, and ostentatious. In fact, it had many of the same aesthetic problems as the Segway. Most people never thought those phones would catch on, much less turn into a real-world counterpart of the “Star Trek” tricorder. The thing is, they not only caught on but became perceived as indispensible.

That’s the other side of the coin. Will Glass provide enough functionality at a low-enough price to become commonplace, or will it end up as a specialized tool for a few specific settings? Will it retain the heads-up display or be mounted on the wrist (or take some other form)?

Personally, I think that wearable computing is imminent. Google would be foolish not to make forays in that direction if they are going to get into the hardware business.

As SixEstate’s resident Glass Explorer, I should be getting mine in a month or two, with luck (as mentioned, Google still has not given us the timeframe as yet). Once I do, we will take an inside look at the tech. Think of it from a media creator’s perspective — the ability to shoot video, engage in live videoconferencing, take pictures, etc., without needing to reach for gear — is going to add a lot more spontaneity to the job.

For a corporate blogger, this can provide a wonderful first-person perspective with which to do, say, video tours. I’m hoping to set up one with the Old New Orleans Rum, whose distillery is not far from my home.

Questions? Comments? Please leave them for me here.