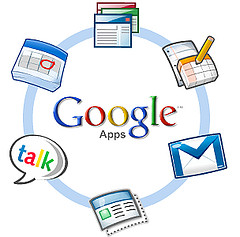 The early forays into cloud-based storage — Google Docs being a prime example — are now taking a backseat to larger-scale endeavors. Last week, Google debuted its Google Drive service, which, in basic terms, gives you 5 GB of storage space — accessible from any browser.

It’s a latecomer to the field, arriving in the wake of YouSendIt and Dropbox, among other cloud storage solutions. (Transparency note: I’m an avid Dropbox user and have already set up my Google Drive account.) Now that Google Drive is here, more attention is being paid to cloud storage, particularly the usage rights of the data stored.

Lets take a look at some pertinent parts of the Google Terms of Service:

Let’s take a look at that last statement. In plain English, it states that Google, and any entity it approves, can basically do anything it wants with your content other than pass it off as theirs. This broad wording means that they have the right not only to collect general info — how many documents are stored, what file types, etc. — but also to potentially collect data about the content of those files.

Dino Londis of Byte points out another issue: Google’s reputation for pulling the rug out from under some users. He also points out that most people would be satisfied with a paid alternative, if it kept their data and demographics private:

Google Drive creates a new relationship with users. As a service provider, Google should be my advocate, but a profile of me can be built from my data and sold to advertisers like it is with Gmail. A paid service should exclude users from this. I’ve already seen some tools to encrypt files on Drive, but they’re clunky and can’t be used with Google Docs.
Finally, Google is notorious for deactivating accounts it finds objectionable. Users have lost years of training videos on YouTube, Google Docs, email, contacts. Users who upload media to Google servers do so at their own risk. See its Community Standards page, where ‘violation of these standards may result in the removal of your profile or deletion of your Google Account.’ What if they find your files objectionable? With so many competitors out there, working with Google might not be worth the risk.

Honestly, the latter is most worrisome to me. Potential for abuse exists within any social or hosted service, but these sort of terms are standard these days. As a matter of fact, the disturbing paragraph quoted above is part of blanket terms of service that have applied to Gmail, Google Docs, and Google’s other services since last March.

Michael Liedtke of Brisbane Times is one of the few journalists who look at this side of things:

Google says the language is actually standard legalese that gives the company the licensing rights it needs to deliver on services that users’ request.
The way Google keeps documents in its data centres requires the company to obtain a license to ‘host, store (and) reproduce’ the files. If, say, a screenwriter in China uses Google’s services to collaborate on a movie script written in Mandarin with a script editor in Hollywood who only reads English, Google needs the rights for ‘translations, adaptations or other changes’ to allow the two writers to work on the document in different languages and make revisions.

But it’s not just online collaboration that requires obtaining these rights, something as simple as watching a YouTube video would need this sort of release as well. Liedtke says:

Even everyday occurrences such as someone watching a video or pulling up a text file at an internet cafe requires Google to retain permission to ‘publicly perform’ or ‘publicly display’ such content.
That doesn’t mean Google will take a screenwriter’s work-in-progress and produce a movie from it, the company says.

Since I’m a privacy advocate, my own immediate reaction was one of displeasure, but as an Internet pro, I concede the reality of these strictures, if we are to adhere to contemporary copyright laws. I agree with the Electronic Frontier Foundation intellectual property lawyer Corynne McSherry, who stated that the wording of Google’s licensing requirements are “an artifact of copyright laws that no longer work in our modern world rather than any evil intent on Google’s part.”

One of the things we need to retool for the digital age is our treatment of copyright. Until that happens, we will continue to see language like this, and the potential for its abuse, in all of our platforms that involve online sharing.

Image by Adria Richards, used under its Creative Commons license.