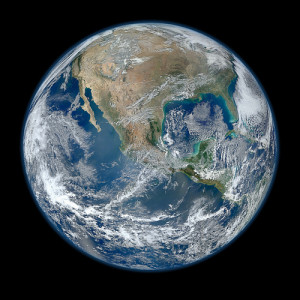 If Galileo were alive today, he would be entitled to a royalty every time someone learned the Earth is round.

That is the kind of tragic logic behind news organizations claiming that Google News is infringing their content and owes compensation. If you don’t think news organizations such as FOX News pose much of a threat to Google, take a look at what’s happening in Europe — and what many consider to be a preview of legislation coming to the USA:

Pay Me for the Privilege of Linking to Me

Germany, Italy, France — I guess I can’t blame the EU for looking to pinch a little coin off a rich American company at a time of economic crisis. But the arguments being made in Europe are somewhat incredible.

News organizations do not want Google to stop indexing their stories or linking to them. The news organizations have always had the power to prevent their sites from being indexed. They choose not to insert “no index” code into their sites which would keep their headlines and text snippets out of Google’s newsfeed.

No, the oldstream media, in an unmitigated bit of hubris, want Google to be required to carry their headlines and text snippets, and also required to fork over a portion of the company’s revenues. This despite the fact that Google News does not carry advertisements in these countries.

Publishers basically want to force Google to pay for the privilege of indexing them and sending customers to them. Thank you very much!

Brazil settled this in a different manner. In October 2012, over 150 Brazilian newspapers opted out of Google News. Hey, that’s great. That’s their right — even Google agrees with that. Many of those newspapers now publish behind paywalls. Their headlines and text snippets still appear in Google Web Search — they want them to. It’s how they get traffic. They just don’t appear in Google News. I wonder how many of these newspapers will still exist in five years?

The Economist, which also uses a paywall, reports that Rupert Murdoch “pulled his newspapers from Google’s search results in 2010.” In September of this year, Murdoch wised up, and NewsCorps headlines and snippets reappeared in Google search results. [Editor’s Note: We’re not sure if you’ll be able to see the article from The Economist we’re linking to, since they’re behind a paywall, or whether The Economist will want compensation from us for linking to them or citing them as a source.]

We, at SixEstate, would like to thank various European governments and the old-media dinosaurs for linking arms together to extract payments from Google. We welcome Google’s use of our headlines and snippets to drive traffic to our sites, and we don’t mind if Google gets a little jingle in its bank account by displaying links to our sites.

The Old News Is Dead — Long Live the New News!

All businesses should rethink their content strategies in light of these developments. Do you want your message to be tied up in newspapers, magazines, and television broadcasts that may gradually become invisible because they’re not well-indexed in search results? Or do you want to join with SixEstate in being part of a revolution in privately-generated content that is open to the public and easy to find in search engines?

The more the lamestream media sues itself into obscurity, the easier it will be for our blogs and other content to stand out and earn traffic from search engines. What looks like the sad decline of the news industry is, in fact, the rebirth of a new kind of news. Stay tuned for further developments.