On Wednesday, June 23, the U.S. District Court for the Southern District of New York granted a summary dismissal of Viacom’s copyright infringement case against YouTube and its parent company, Google. The court found that YouTube and Google were protected by the “safe harbor” provisions of the Digital Millennium Copyright Act (DMCA).

Viacom was seeking over $1 billion in damages and plans to appeal the case, but it looks bad for the copyright barons who seek to control access to their content. Google vice president and general counsel Kent Walker crowed about the victory on Broadcast Yourself, The Official YouTube Blog:

This is an important victory not just for us, but also for the billions of people around the world who use the web to communicate and share experiences with each other. 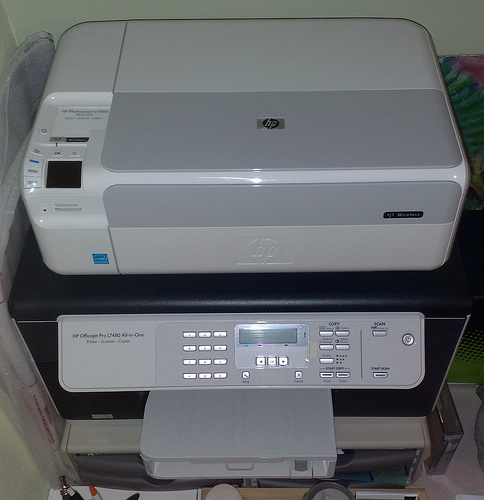 Walker must be seeing into the future, since the web does not yet reach “billions” of people, but you can’t blame him for being excited. The court has embraced a philosophy that it’s okay to steal content as long as you remove it when asked. Technology writer Andy Greenberg, who’s all over this story for Forbes.com, summarizes the impact of the ruling:

[This] allow[s] service providers like YouTube the freedom to host content uploaded by users without fearing that it would be held liable for whatever copyright-infringing material those users posted.

As long as Google and YouTube don’t solicit pirated content and make a sincere effort to remove copyrighted material when made aware of it, they can continue to run businesses that rely on displaying massive amounts of content they don’t own the rights to.

The news must have come as a disappointment to Rupert Murdoch, the media mogul who continues to try to keep his content under lock and key. On the same day journalists Sam Schechner and Jessica E. Vascellaro reported the Google victory for Murdoch-managed, The Wall Street Journal, the Journal itself brought a new solution to the problem: private journalism.

Embedded in The Wall Street Journal‘s “Marketplace” section was an advertising section entitled “The Laptop Revolution,” published by computer vendor CDW. While “special section” advertisements are nothing new, the CDW spread takes it to a whole new level.

The special section is as long as the “Marketplace” section itself: eight full pages. The headlines and articles are laid out to mimic but not duplicate The Wall Street Journal‘s iconic style. All the pages contain “The Wall Street Journal” on the header. On cursory inspection, it looks like a section of the Journal.

But unlike special advertising sections that tout, for example, the benefits of relocating to the Kingdom of Bahrain, CDW tries to present an objective view by hiring respected journalists, such as Bill Machrone, former editor-in-chief of PC Magazine, and not just any Joe Copywriter.

Oh, wait. It turns out that the two lead articles on the future of the laptop are written by Joe Copywriter. His name is Joe Mullich, and he’s a freelance writer whose website is joecopywriter.com. Joe has written “advertorials” for Time magazine, The Wall Street Journal, and other publications.

Sandwiched between these articles is a two-page spread on “How to Enjoy Modern Business Travel” that gives the whole section the feel of a SkyMall magazine. It’s too bad CDW couldn’t have put a little more effort into providing content as genuinely stimulating and varied as the “Marketplace” section.

CDW has the right idea: provide real content, not just an ad. Its execution is ham-handed, but headed in the right direction. Murdoch has the right idea, too. He’s charging me and other subscribers for content that he’s also charging vendors to manufacture. CDW pays to create the news and subscribers pay to read it. That’s starting to sound an awful lot like YouTube’s model.

Steve O’Keefe is co-founder and COO of SixEstate Communications, and the creator of Newsblogging. He has taught Internet PR at Tulane University since 2001, as well as courses for Stanford University, UCLA Extension and PRSA, among others. Steve wrote the bestselling book “Publicity on the Internet” in 1996.