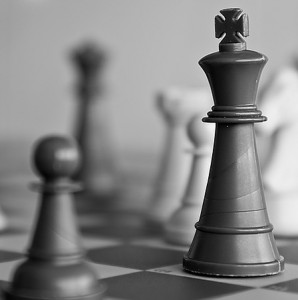 Susan Murphy, a communications and media specialist, wrote an article for Social Media Today on best practices for content development. Although she begins with the trite phrase “Content is King,” she has some good advice.

Her first piece of advice is something I couldn’t agree with more. If a company promises you that they can provide you with viral content, run away. Run far away. They are lying to you. As Murphy writes, “The fact is, viral videos are not made, they happen.” (Emphasis hers.) If someone claims “viral marketing” among his or her skill set, consider that person to be either a scammer or an amateur — and you don’t want to waste your money on either of those.

Another piece of advice from Murphy is that it takes time to build an audience. You may blog for months before you start to gain readers and begin interaction with them. The important thing is not to give up too early, before you’ve given people a chance to find you. Besides, you want a little time to explore the tools and technology, as well as some leeway to make the mistakes you’re inevitably going to make it.

As far as which topics to cover, Murphy writes, “Everyone has a story, including you.” Don’t get confused and think that your content should focus on you. How many people actually want to read about YOU? Even celebrities find ways to incorporate content that isn’t strictly about themselves — if they want to retain their online audience, anyway. (Sometime later this week, I’ll do a post with some resources to help you start creating content when you think you have nothing to say.)

Basically, as Murphy says, if you want to start creating content for the web, quit talking about it and do it. Quit making excuses and do it. Really… just do it.