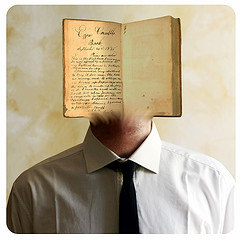 If you’re on Facebook, you know the story well. You log in and look at your wall, and it is liberally plastered with Mafia Wars, Farmville, and other games. If you play, then this is probably not something that you consider an issue. For those of us who do not, it is a constant annoyance and impediment. Evidently, much like American politics, both sides of the issue boast huge numbers of followers.

While it is often fair to berate the Facebook crew for its lack of responsiveness (just try getting a mistakenly locked account reactivated, you’ll see what I mean) it seems as though that might not be the case this time. You see, the mighty Mark Zuckerberg, head honcho of Facebook, has just announces some integral changes to the way Facebook handles games and the communications associated with them.

Here is one prominent example of the new approach via Jared Morganstern, Facebook’s Product Manager for Games, on the Facebook Blog:

Previously, you’ve had the ability to hide an application story, or block it completely. Now, we’re putting changes in place so game stories only post to your feed if you’re playing them. This means people who play games can post stories to their Wall without worrying about overwhelming their friends who aren’t playing, and people who don’t play games won’t see irrelevant stories in their feed for which they have no context. [Emphasis ours.]

And a sigh of relief was exhaled by users everywhere! The really great thing is that Facebook seems to be providing some solid streamlining and improvements for those who do play.

Zuckerberg claims that ‘friend spam’ — friend requests that aren’t accepted — is down 40 per cent over the last two month, largely down to improving gaming on the network and eliminating those negative experiences some users were having connected to Facebook games.
‘When we turn the weight of game stories in News Feed up — we get complaints,’ said the Facebook CEO. ‘Turn it down, get complaints. We want to build and enable anything that hundreds of millions of people want to use.
‘The solutions are pretty simple: if someone is playing a game, and they want context about that game… then don’t limit stories about that game. On the other hand, if you’ve never played a certain game, then you probably don’t want to see context from a lot of friends who are playing that game.’

Games drive a huge amount of traffic and provide a wide array of networking on a variety of levels. For many users, games are the social platform of choice. With Facebook registering roughly 300 million users logging on every day (per Zuckerberg’s statements), that represents a massive number of interactions. Providing filtering of this nature is, in my opinion, essential.

The people behind Facebook seem to be well aware of this, as a new dedicated gaming team headed up by Jared Morgenstern, who was quoted above, had been formed. According to the statement from the team, it’s working on “lying the foundation for games innovation on Facebook.” New infrastructure and API’s are evidently on the horizn.

Another possibly welcome change is a simplification of the Facebook policies. Zuckerberg says that they will be “broad principles,” substituting specific, detailed rules. While this sounds like a welcome change to anyone who has read through the terms of use, I do have reservations. The broader the principles the more is left open to interpretation, especially if the circumstance is unusual. It could be a much needed simplification or it could open the door to abuse. Considering Facebook’s privacy track record, I’m keeping my eyes on this development.

I applaud team Facebook for their efforts in trying to improve the overall experience for both gamers and non-gamers. As usual, the jury is still out until we have a had a chance to see how well it all gets implemented. Anyone remember Beacon?