Has Fair Use Created an Unfair Internet? 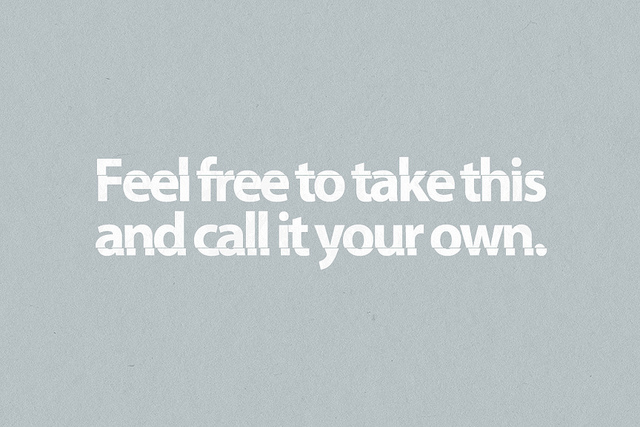 Fair use is the copyright law that allows sources to use excerpts of copyrighted material. Acceptable purposes include teaching, research, criticism, and (the big one) news reporting. Under such auspices, creations like photographs, music, and video snippets can be used without paying royalties.

Sounds fair enough, right? The Internet sure thinks so, and fair use is applied liberally, to put it mildly.

In theory, this doctrine is a fabulous idea, and was even meant to support the original creators of the content. It allows RollingStone.com to post excerpts of the albums they review so the reader can actually hear the latest release they are touting. But it also lets sites like BuzzFeed gather limitless mounds of images and other material, reformat them into thousands and thousands of articles, and profit off of other peoples’ content without sharing royalties. Fair use is a vastly gray area, and, as is often the case with brilliantly created algorithms, the machines are taking over.

The complexity here, intelligently showcased in the recent Wired article, “Algorithms are the New Content Creators, and That’s Bad for Humans,” centers around today’s electronic scripts. Because machines are often generating content via scraping and aggregating, they are in essence crafting content for various sites, diving under the protection of fair use, and gaining massive advertising revenues.

BuzzFeed is a prime example. Everyday they publish dozens of articles that contain very, very little original material, leveraging images and other content pieced together by various sources throughout the Web. Take the recent “Jake Gyllenhaal Gets a Parking Ticket“ article. The news piece (yes, that’s what they call it) takes publicly available photographs, adds maybe 50 words of vaguely descriptive text, and throws it up on a very popular website that will generate significant ad revenues.

Judging from the recent $36 million lawsuit filed against BuzzFeed for copyright infringement, the site isn’t keen on paying royalties (and, to be fair, that is the norm). As a result, they, and thousands like them, are essentially profiting off of other peoples’ creative efforts, without sharing the wealth.

Peter Wayner, author of the excellent Wired article, points out why this has become the current standard:

The battle for fair use is unfair to anyone who plays by the old rules and tries to share with the artists because human creatives can’t compete with the automated services that aren’t sharing with the artists.

Because sites like BuzzFeed can generate content on the fly for next to nothing, anyone who attempts to pay a fair price for images and other creative content will be immediately outpriced. Machines have made content creation so cheap, those of us who would like to create a win-win are left with our hands tied.

But is there a solution to this conundrum?

Always. It will just take a rallying group of content creators to manifest the much-needed revolution.

As Wayner states, we need to turn the current model on its head. And we need to take the existing technology and make improvements so it works in favor of supporting all who contribute. Wayner asks:

This is not about eradicating the machines in favor of the old-fashioned ways of crafting content. On the contrary. It’s about using modern technology to support people, not the other way around. We need to remember that if machines themselves become the sole content creators, all we have is regurgitated articles — originality gets obliterated. So the system is served by encouraging writers, photographers, artists, musicians and the like to do what they do best — create. If the bots, in turn, supported the wishes of the artist — now, that would be interesting.

What if the algorithms knew that musician A was totally in favor of allowing his or her content to be copied, duplicated, and spread throughout the Web (for the exposure), but musician B would rather receive a $100 royalty? One would obviously be featured more than the other, but it wouldn’t put musician B out of work if his creations were popular and worth hearing. Giving that right and power back to those who create would at least be an excellent first step.

The point is: The free-for-all we have now is not supporting creativity, or humans in general. As Wayner wisely says: “Fair use is unfair when it pits humans against machines.” In order to ensure the Web does not become an endless duplicate of itself, we need to find feasible ways to continue supporting the creative minds that generate new ways of thinking, writing, singing, seeing, etc.

And those folks need to be paid for their efforts, plain and simple. It’s imperative we discover methods to keep supporting the collective muse; right now, we’re only highlighting story-retellers, and the cracks are truly starting to show.