Fact-Checking: Before and After the Internet 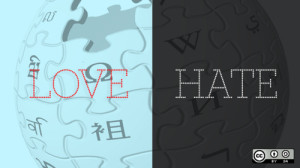 Fact-checking has come a long way in the Internet age, evolving to a point beyond recognition. In the good old days, fact-checking was a venerable profession with its set of ethical rules, and fact-checkers were an integral part of any self-respecting publication. They had helped the media outlets avoid lawsuits and maintain their credibility, and had also made the lives of people like Stephen Glass hell.

Virginia Heffernan, who was a fact-checker at The New Yorker, explains just how involved the job used to be:

In checking long, reported articles, checkers sometimes made dozens of phone calls a week — to bartenders about a restaurant’s ambience, to E.M.T.’s about how stretchers are handled or to anti-abortion activists about the dimensions of ultrasound images on their placards. Not infrequently, checkers were in the diplomacy business, and the best checkers were known for their bedside manners with sources, reporters and editors. Good checkers did not play gotcha, did not gossip about which reporters were error-prone and stayed true to the goals of journalism — to be newsworthy and interesting — as well as to our sub-sublibrarian dedication to factuality.

According to Heffernan, periodicals and reference books like Merriam-Webster’s Geographical Dictionary were consulted on a regular basis. She calls “these imposing-looking books… as wacko as anything now on Wikipedia, as many of them made ‘facts’ of off-the-wall data that hardly seemed to be proper objects of empirical study.”

In time, those — as well as the microfilm — were trumped by the LexisNexis’ searchable archive of periodicals. The New Yorker apparently had a subscription.

“Checkers used to stand in line to use it,” recalls Heffernan. “Older editors maintained that ‘you can’t trust Nexis,’ but then the Web appeared, and the catchphrase among the old guard became ‘You can’t trust Google.’ Meanwhile, a reverse process was happening in pop culture, as broadband brought millions of facts, the fantasy of perfect factuality and the satisfaction of fact-checking to everyone.”

With the onset of Google’s and Wikipedia’s popularity, fact-checking was no longer confined to the offices of the established publications. Anyone can “fact-check” with a click of a mouse — anywhere, on any subject. Not that this is necessarily a good thing.

A Columbia Journalism Review survey by Victor Navasky and Evan Lerner reported “less vigorous fact-checking when Web, rather than print, editors are in charge (40%), and sometimes no fact-checking when independent Web editors make content decisions (17%).” The report also pointed out the absence of “indication to readers when corrections are made that a mistake had been there (54%).”

The chart below, printed by the Silicon Alley Insider (SAI) in conjunction with announcing the results of the survey, clearly indicates the declining standards:

Shawna Vercher, CEO of VTi-Media and President of The Society of Successful Women, laments the possibility of “the extinction of news as we know it” on The Huffington Post:

Due to perpetual staff cuts and the ever-present race to be first with a story, it appears that the ‘who, what, where, when and why’ tenets of traditional journalism have been replaced with, ‘Just get something posted online now.’ This apparently leaves the burden of fact-checking and actual reporting to readers and good Samaritans in the comments section.
So if journalists do not have the time or resources to verify a story and we as readers have no duty to keep the playing field neutral, what happens next? At what point are ‘traditional’ online news outlets on par with ad-heavy opinion blogs? What do media companies need to do in order to maintain any sort of respect or readership? Is respectful reporting of news even necessary in order to grow readership or does it in fact hinder it?

Vercher’s point on the “shoot-first” policy on the blogs and other social networks is vividly illustrated by the recent incident at The Washington Post. Sports columnist Mike Wise had deliberately posted a false statement on his Twitter account on August 30, commenting on the six-game suspension of Ben Roethlisberger, the Pittsburgh Steelers quarterback. Earning himself a month-long suspension, Wise had proved two things. He tweeted: “1. I was right about nobody checking facts or sourcing and 2. I’m an idiot. Apologies to all involved.”

Greg Sandoval at CNET News, who has worked with Wise, gently draws some conclusions on what Wise’s misguided deed had also proven:

In addition to the ethical questions, Wise also failed to correctly calculate Twitter’s growing influence as a news source. If he looks upon Twitter as a playground or lab experiment, he should know that 190 million people visit the site every month. Many use it as a news aggregation service and early-warning system. Hot stories spread fast via the service. It has become a simple and efficient way to interact with multiple media sources, pundits, and any Joe who proves trustworthy and knowledgeable.
But even in the Digital Age, some of the old rules still apply: people don’t like being misled…
If Wise was trying to prove that information on Twitter was somehow of lesser value than stories from traditional news sources, he helped prove the opposite.

At the same time, thanks to the Internet, vigilante sites like FactCheck.org and PolitiFact.com at least keep the media and the politicians in check. FactCheck.org, a brainchild of The Annenberg Public Policy Center of the University of Pennsylvania, is a self-described non-partisan and a nonprofit consumer advocate that “aims to reduce the level of deception and confusion in U.S. politics,” thus monitoring “the factual accuracy of what is said by major U.S. political players in the form of TV ads, debates, speeches, interviews and news releases.”

PolitiFact.com, stemming from St. Petersburg Times, among other things, tracks the progress on the fulfillment of  “Obama’s promises,” and discerns “fact from fiction” in the politicians’ and other public figures’ statements. Its “Truth-O-Meter” slaps the verdict — with an explanation — ranging from “true,” “mostly true,” “half true,” “barely true,” to “false,” and finally to the damning “pants on fire.”

For instance, most recently, the foodie Jamie Oliver’s statement that “McDonald’s in England only sells organic milk and free-range eggs, which provides more nutritious offerings than in the U.S.” was deemed only “half true,” as was the Secretary of Education Arne Duncan’s proclamation, “In this country, we have a 25 percent dropout rate.”

PolitiFact’s editor Bill Adair, in a YouTube video entitled “PolitiFact’s Guide to Fact-checking,” breaks down his advice simply, if somewhat obviously, topping it with, “Be skeptical and verify everything.” Adair’s guidelines include:

1. Ask for their sources.
2. Use original sources (independent and non-partisan in particular).
3. Love — and fear — the Internet. (Wikipedia gets a mention. “We use it a lot, but never quote it,” says Adair.)
4. Verify everything. “Every number, every fact, work backwards.”
5. Fact-check your fact-checking.

Speaking of Wikipedia, in one episode of FCU: Fact Checkers Unit, the CSI-spoof series just launched by NBC Universal Digital Studio, two fact-checkers, Pete and Brian, must verify one of the “celebrity tips”: “If you’re having trouble sleeping, just drink a glass of warm milk before you go to bed, like Bill Murray.” Before Pete and Brian embark on a wacky adventure, in the course of which they hang out with Bill Murray at his house until he does indeed drink a glass of warm milk at bedtime, they ask the copyeditor where this “celebrity tip” came from:

— Where did they find that?
— I think, Wikipedia.
— That’s a user-generated site! That could have been written by a seven-year-old!

We will leave you with Heffernan’s poignant words: