Faces of Facebook: Young and Old Embracing the Platform 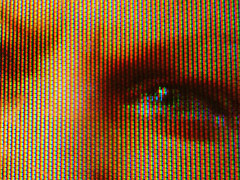 Every few months, it seems, we see another report on the growing and shifting demographics of the digital social space. The numbers and percentages change a lot as social media becomes more easily accessible.

Facebook is a particularly good example of this. With more than 500 million active users, it is truly the 800-pound gorilla of the social media space. The exponential speed of its growth shows no sign of slowing either, especially with the advent of smartphones.

According to Facebook’s online press room:

I can easily verify the second point, at least in my personal experience. My usage of Facebook, like my usage of Twitter, has increased greatly since I made the jump to an iPhone. The convenience and immediacy of the Facebook app makes it much more appealing to use in a spontaneous fashion.

So, as we reach the tail end of 2010, what does the user base for Facebook look like? Who are these people? I guarantee that marketers are asking these questions as are many, many others.

Which brings us neatly to the latest reports to surface. One from L2, and one from Pew Internet bring us surprising data about online media use amongst the elderly and Generation Y.

Let us begin with Generation Y, ages 12-29. I agree with Jeremey Scott, who wrote on Reel SEO that:

MediaPost writes today, summarizing a study from L2, that Generation Y is more prone to connect to brands digitally than any previous generation before it. And while that may not be a surprise — gee, young people are more into social and digital media than older people, I’m completely shocked — the data suggests that the trend is even stronger than we previously thought.

Indeed, we are approaching saturation point faster than I expected. Let’s look at some of the numbers:

[Follow the ReelSEO link above to read Scott’s expansion on these numbers and what they mean from a practical standpoint.]

Now let’s turn our attention to the elderly. Adam Hochberg brings us some interesting data on Poynter about the older users:

The Pew Internet and American Life Project found that people 74 and older represent the fastest growing demographic on the sites. Sixteen percent of Internet users in that age group now visit them, compared with four percent in 2008.
‘For people who want to have robust social lives, these are really compelling places,’ said Pew Internet Center Director Lee Rainie. ‘We hear directly out of the mouths of senior citizens that they get enchanted when they log on to Facebook and fill in their profile, and all of a sudden, their suggestion page starts populating with folks from their past.’

In my opinion, this supports my long-standing comparison of social media to the advent of the telephone: It is losing its novelty and becoming a standard appliance, something that will soon be as common as telephone.

From the marketing standpoint, there are two ways to look at these findings. On the one hand, thanks to modern medical care, better diets, and other factors, people are living longer lives. They often also have a good bit of disposable income.

Hochberg’s article addresses this as well:

‘Madison Avenue still is focused oftentimes on the younger generation,’ said Eons Chief Operating Officer Linda Natansohn, who added that her company is working to persuade advertisers to reach out to older demographics online. ‘This group has two trillion dollars in disposable income,’ she said, ‘and they are very Web savvy.’

A distinct, and often neglected market. A big one. Of course, there are those who will agree with the logic Scott used in the closing of his piece on the subject:

Brands aren’t solely focused on Generation Y. Most of them are smart enough to cater to both older and younger generations as well, because we’re all consumers… no matter what our age. But make no mistake: brands are definitely paying a lot more attention to what Generation Y is doing than they are to what my parents’ generation is doing… because only one of those groups is the future of consumer spending. Gen Y are the ones who will be the parents and breadwinners for the next 30 years, reading the news, buying new family sedans, and dong the Christmas shopping. And if this latest report is any indication, they’ll be doing all that digitally.

There is logic to both sides, and with the size and consistent growth of the market across the board, both approaches have legs. For most, which one to embrace will be determined by the end result desired. All campaigns are different.

At the moment, it is important to note that social media’s move towards true ubiquity is moving at an even faster pace than realized. Just think about it for a moment. YouTube just turned five years old. Only five years. Imagine what the next five will bring, and how many people of all demographics will be online for it when it happens.