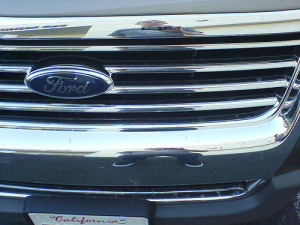 Even with privacy concerns over Facebook in recent weeks, the social networking site is still finding itself in the spotlight.

Sometime this week, Ford Motor Company will launch a marketing campaign to reveal the 2011 Explorer on Facebook instead of a traditional launch at an auto show. There has been no specific date given for the new vehicle’s announcement yet, just that it will be in July.

Ford sold just over 50,000 Explorers in 2009, down from nearly 500,000 in 1998. Along with the re-working of the vehicle itself, the company is hoping that an updated marketing campaign will give it a boost as well. “We live in a 140-character society,” said Scott Monty, head of social media at Ford. “When we have people’s attention, we want to make sure it sticks.”

Linking the Explorer with Ford’s social-marketing strategy could help the brand be more relevant. Monty says Ford is using the Internet to help customers see it not as a faceless monolith, but as an organization of people like them who can answer questions, and listen to ideas and complaints.

It makes sense to include Facebook in major marketing campaigns, as the site races closer to omnipresence. Facebook recently partnered with Kodak to let users log into their Facebook account on kiosks in stores like Target and CVS. From those kiosks, users can then print photos stored on their Facebook profiles, albeit they are low-quality prints since the digital photos are compressed to consume less space on the site’s servers.

Social networks have begun to break out of the artificial confines of computers and into a bigger context that will transform how people use them [… S]ocial networks have broken computing’s fourth wall: the display built into a monitor, laptop, or tablet. […]Up until now, the popular social networks have relied on computers of some form, whether a desktop or a smartphone, to run a specific application. But companies have clearly begun to think differently.

Even techie giant Yahoo is teaming up with Facebook. People can now link their Yahoo and Facebook accounts so that they can submit and view updates through either platform. Douglas Quenqua of ClickZ writes:

Users who link their accounts will also be able to share actions they take elsewhere on Yahoo — Yahoo Sports, Flickr, and Yahoo Movies, for example — on Facebook. […] Yahoo Profiles will also now include a single dashboard from which users can manage their profiles across the Web, including on Facebook.