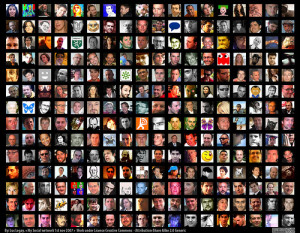 Mark Sullivan reports on the new features for PC World:

Bing, with the help of Facebook, will now deliver search results that are informed and focused by information the search engine borrows about you and your friends from Facebook.
Here’s how Microsoft says it works: If you’re looking online for a movie to watch, just searching ‘new movies’ seldom delivers a movie you’ll actually want to see. With Bing’s new ‘instant personalization’ features from Facebook, Bing will now be able to consult the tastes of your friends on Facebook to deliver search results containing movies that you are more likely to enjoy.

Apparently, the Bing search will be assisted by Facebook and will appear in a module on the “Bing Web” page. For example, Sullivan says, if you search for a specific restaurant in your area, the list that will show up — with the map — will also be accompanied by another list grouped under “Liked by your Facebook Friends.”

Users can opt out of Facebook sharing their personal information with Bing by adjusting their privacy settings on Facebook. The data won’t be automatically shared — only if the user is logged in on Facebook and if Bing requests the data — and only public data at that, the information that everyone can see, not just your friends. Bing also promises to be transparent about its data-sharing by posting a message for an unspecified period following the integration explaining it and offering the user to opt out of sharing his or her data between Facebook and Bing.

Sullivan analyzes the reasons underlying the deal and tells us why it’s beneficial for both companies:

The two companies’ partnership on social search makes sense. Microsoft and Facebook are both lined up as enemies against Google — Microsoft in search and numerous other other web services, Facebook in the realm of social services. Facebook is increasingly becoming people’s entry point to the web, a role Google’s search engine has traditionally held. This fact is causing concern at Google, and driving much of the new innovation happening there.

While the Bing deal should improve the overall search experience on Bing, as well as the brand’s popularity with users, most industry insiders don’t see it a surefire way to trump Google. Google still rules the roost and has most search traffic. Paul McDougall brings up some numbers at InformationWeek:

According to the latest data from market watcher Comscore, Google leads the search market with 65.4% of traffic, while Microsoft holds an 11.1% share.
Microsoft also draws traffic from Yahoo sites, which command 17.4% of traffic, under a deal in which Yahoo farmed out search on its pages to Bing. But even combined, Microsoft and Yahoo’s share of the market is less than half of Google’s.

With the issue of privacy yet again staring us in the face, there is also a concern that now our searches will be affected by our Facebook “friends'” preferences. Melissa Bell poses a very good question on The Washington Post‘s BlogPost:

The idea, posited by Search Engine Land, is that while search engines such as Google uses links to rank pages, a search engine powered by Facebook ‘likes’ would be more trustworthy, getting you to the right data based on your friend connections.
As with many of Facebook’s recent moves, the specter of privacy invasion has risen, but another concern also seems to be percolating: Will this hamper the search experience by narrowing results to random ‘likes’ by your Facebook friends?

Tacking on more news to the Bing announcement: Skype is getting more social too, thanks to its Facebook integration, announced only a day after the Bing news. The new Skype version for Windows will have a Facebook tab that will allow users to read their newsfeed as they talk via Skype.

Source: “Bing Getting Social with Facebook,” PC World, 10/13/10
Source: “Facebook, Bing Integration No Game Changer,” InformationWeek, 10/14/10
Source: “Bing on Facebook: What will we lose by personalizing the search result?,” The Washington Post‘s BlogPost, 10/14/10
Image by luc legay, used under its Creative Commons license.