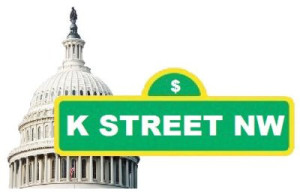 As lawmakers keep planning to change online privacy laws further, Facebook is increasing and securing its presence in Washington, D.C. According to Jon Swartz, tech reporter at USA Today, “Facebook recently hired its seventh Washington employee and plans to move into a new, 8,000-square-foot office space in late April. It is also looking to hire a public policy expert.”

With its 500 million users, the mammoth social networking site does indeed need to worry about protecting its users’ privacy and personal information-sharing methods, as well as its own interests. So it comes as no surprise that Facebook is beefing up its presence on Capitol Hill, meeting with lawmakers and congressional staff, and spending more money on lobbying.

Later last year, the company spent around the reported $6,600 successfully trying to kill a proposed Social Networking Privacy Act in the California legislature, which, Swartz reports, “would impose civil penalties on social networks displaying home addresses and phone numbers of users under 18 years old, according to disclosures filed with the California secretary of State.”

The dead (for now) bill was introduced by Sen. Ellen Corbett (D-San Leandro), who since then had said that the bill could be reintroduced this year. In this case, it’s likely Facebook will keep opposing it and lobbying California government to stop the legislation.

Not that Facebook is blindly opposed to any online safety legislation in California. Jackie Cohen at All Facebook (“The Unofficial Facebook Resource”) reports that Facebook supports some of them on a local-government level, including a bill from former state senator George Runner (R-Antelope Valley).

However, these days, it seems that Facebook is more interested in lobbying on a national level, hence its expansion of its Washington, D.C., office. According to Kim-Mai Cutler at Venture Beat, Facebook spent $41,390 on its lobbying efforts in the first quarter of last year alone. “That’s on top of the $207,878 it spent last year — the first year Facebook began releasing such disclosures,” she says. “Although these numbers are tiny compared to the $4.3 million Google spent on lobbying last year, expect them to grow with the company’s influence and ambitions.”

True, the tech giants’ Washington presence and the Silicon Valley’s involvement in shaping our laws are nothing new. Here are some numbers as reported by Swartz:

* Google. In six years, the search engine giant has transformed from almost no presence in Washington to a staff of 25 and has become the king of tech spenders on lobbying… Google has centered its lobbying on antitrust, ‘do not track’ and net neutrality. At the same time, it is the subject of a European Union antitrust probe…
* Microsoft. Since it set up shop in Washington in 1998, the software giant’s presence in the nation’s capital has swelled to 26 people. It added three the past year. [In the areas of ‘health care, trade, immigration and China’ in particular.]
* Hewlett-Packard. The venerable tech firm spent $3.6 million on lobbying efforts in 2009, compared with $380,000 in 2005.

Despite these impressive numbers, Cutler reports, Facebook was the only company among the tech giants such as Yahoo, Apple, eBay, Amazon, Microsoft, and others, to reach out to intelligence agencies. Cutler says,

It has lobbied the Office of the Director of National Intelligence — an umbrella office founded in the wake of Sept. 11 that synthesizes intelligence from 17 agencies including the CIA and advises the President — for the last three quarters on privacy and federal cyber-security policy. It has reached out to the Defense Intelligence Agency too.

What other interests besides privacy and security could Facebook be pursuing with the lawmakers? Education and awareness, according to Andrew Noyes, the company’s manager of public policy communications. “[H]elping legislators and agencies understand how to use the social network for campaigning, reaching out to their constituencies and in their regular line of work…,” he says. However, privacy — collecting of private information from users and sharing it — is apparently still priority number one.

So far, nothing in Facebook’s lobbying efforts has indicated that it’s putting its own interests ahead of those of its users. However, only time will tell. Cohen puts it nicely:

As long as these efforts continue to make Facebook a safer place for everyone, then our virtual hats are off to the lobbyists. That word too often gets associated with bribes and selfish corporate interests that don’t necessarily benefit consumers. Anyone lobbying on behalf of the social network in a sense represents the going-on 600 million people who have accounts there, so let’s just hope all of our needs are reflected in the lobby.