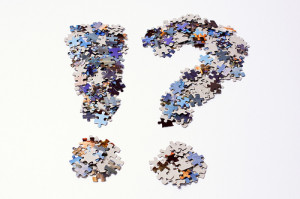 I’m convinced that the Internet will be the ultimate demise of the English language.

Does anyone care about attempting to achieve grammatical correctness anymore? Even as a grammar and spelling nerd myself, my exposure to others’ Facebook statuses, tweets, emails, and blog posts have dulled my Spidey sense a bit. I even used a “your” instead of a “you’re” somewhere recently and didn’t notice it until a fellow grammar dork laughingly pointed it out to me.

Although blogging and other forms of online media are usually more informal than offline counterparts, it’s important to remember that they are still communication. By its very definition, communication is a two-way exchange. If you want people to actually get your message, pay attention to how you deliver it. As Margot on the Mormon Mommy Blogs site writes:

What is the point of writing? Is it purely self-expression, or is it communication? If it doesn’t matter if anyone understands you, then grammar really isn’t important. If your point is just to bellow a primal scream, feel free to break all the rules.
If you want people to understand what you write, then grammar rules are there to smooth the way. It takes practice to write well, but it’s worth the effort because more people will understand you — and that’s the first step in communication.

It’s seems as though there are almost no grammar rules anymore per se, but grammar guidelines. Many grammar questions ultimately come down to personal preference, which, to me as a writer, is freeing but, as a copyeditor, is frustrating. Still, when making those choices, keep some of the advice below in mind.

Andrea Bartz and Brenna Ehrlich are news editors, for Mashable and Psychology Today, respectively. The duo also maintain the blog Stuff Hipsters Hate and recently contributed to CNN.com’s section on Netiquette. Their articles notes three common mistakes made in online communications: ellipses overload, em dash abuse, and period omission. Bartz and Ehrlich attribute each of these “mark misdeeds” to laziness and thoughtlessness, and point out that they make a communicator appear, well, lazy and thoughtless:

Since commas, periods, et al. are the only hints you can give your reader about how he should hear your e-mail (or Facebook message or Match.com note) in his head, you best be sure you’re giving accurate (and minimally offensive) stage directions every time your fingers hit the keyboard.

Not that online communications have to be stodgy, of course. It’s entirely possible to have a comfortable, conversational tone while still maintaining (mostly) proper grammar. Chris Lake, who writes for Netherlands-based 365Online, thinks that conversational tone in blog posts is alright.

“I basically write as I think/talk,” he says. “I think that’s ok for blogs, and maybe ok full stop.” Too formal may actually be a turn-off for many readers. Articles should have a clear voice, since that is what can make your posts stand out in an otherwise crowded blogosphere.

On what may be considered an even more important topic for bloggers, Barry Welford of Search Engine People wrote an article about how punctuation marks can actually affect search engine optimization (SEO). It’s not just that visitors may be turned off by your poor writing or horrid grammatical errors, but incorrect use of punctuation marks “may mean that visitors never get to see web pages you hoped might be search-engine visible.” His advice pertains mostly to domain names (URLs), web page titles, and blog post titles.

According to Welford, Google ignores punctuation and “[t]his can lead to some frustrating situations in cases where your text with punctuation marks is confused with other text without the same punctuation marks.” Yahoo does pay attention to exclamation points, however; possibly because its official company name (Yahoo! Inc.) includes one.

Other punctuation tips from Welford include:

(On a side note, Welford unfortunately misuses the word “pronunciation” a couple of times in his article when he clearly means to write “punctuation.” He links to source articles, however, so I can’t write off his advice entirely.)

Finally, here is a bit of advice for readers from a blogger named Mohamed Osam:

Blogs are usually full of punctuation errors, typos, grammar mistakes, and sometimes even evil spelling mistakes that can turn the whole meaning of the sentence upside down. So, before reading a blog you should have a certain level of tolerance towards that, because after all, what you are actually reading is not English, it is not American-English, British-English or Australian-English, rather Blog-English, or what I call “Bloglish” […]