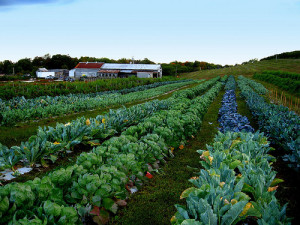 Demand Media, owner of the massive how-to article site eHow, recently sent out two emails to its thousands of freelance writers, outlining the company’s new content strategy. The site will now assign fewer stories to its freelance staff, focusing instead on more targeted categories and other content like slide shows and videos.

One of the emails reads,

Looking ahead, as we continue to publish articles for eHow and our other sites, we want to be sure we are building on what already exists, not replicating it. This is not to say we will stop assigning standard titles in How to and Topic View format for eHow.com. But it does mean that we will have fewer eHow.com assignments for the foreseeable future.

eHow currently has a library of roughly three million articles, and has been the frequent target of accusations regarding content farms. In the past, the site dictated content topics based on predictions of popular search tags. Things begin to change with Google’s Panda update, however, which penalized content farms.

In Demand Media’s earnings report for the first quarter of 2011, it announced a 20% decline in search referrals. In April, reports showed that Google visibility for eHow had dropped 66% since the update. Since then, eHow has worked to improve its image, including editing many of its articles, deleting about 300,000 others, providing feedback tools for readers, and creating partnerships for niche content.

Freelance writers for eHow were paid roughly $15 per article contributed. Understandably, there is anger and disappointment among the ranks at Demand Media’s decision to pull back on assignments. On the other hand, eHow has not been known for particularly content-heavy articles.

Jack Herrick currently runs wikiHow, billed as a collaborative how-to manual. He founded the site one year before he sold eHow to Demand Media. Herrick had become disillusioned with the business model of eHow and its failure to produce an extensive how-to manual on a variety of topics that were of interest to people rather than just to advertisers.

Of the new direction for eHow, Herrick says that he is impressed with the new focus on quality. He adds, “Web readers win when publishers focus on quality over quantity. And when one of the highest volume publishers on the web turns more attention to quality, web users should crack open the bubbly. The old eHow focused on pleasing the mighty Google overlord. The new eHow is trying to convince consumers to create their own individual magazine on eHow and then share it with their social network. It’s a big shift.”

For freelance writers of quality content, there are still opportunities with eHow, as well as with other sites. Contently, for example, launched in beta mode in January and bills itself as the “anti-content farm.” It is an open marketplace for writers and publishers, wherein freelance journalists are matched to assignments provided by companies such as Mint, Grasshopper, and Wix.

Contently allows its writers to create portfolio pages with a bio, connection to social media accounts, and writing samples. The site also provides editors who examine content from freelancers before it is sent to the publisher clients. Contently earns a management fee on transactions, which reportedly pay competitive wages.

Courtney Boyd Myers of The Next Web writes,

Currently, content farms pay writers about $.02 cents a word or $10 a job. To stay a cut above the rest, new reporting jobs on Contently start at $.25 cents a word, and some go as high as $2 a word, which is nearly unheard of by today’s blogging standards. To deliver quality content, and avoid SEO spamming writers, Contently only works with journalists and bloggers who have credentials that include ‘major publications and well known blogs’. Snow says that its network of freelancers already includes writers from Boston Globe, Gawker, LA Times, New York Times, and Wired.