Demand Media: A Content Farm With a Check, Check Here 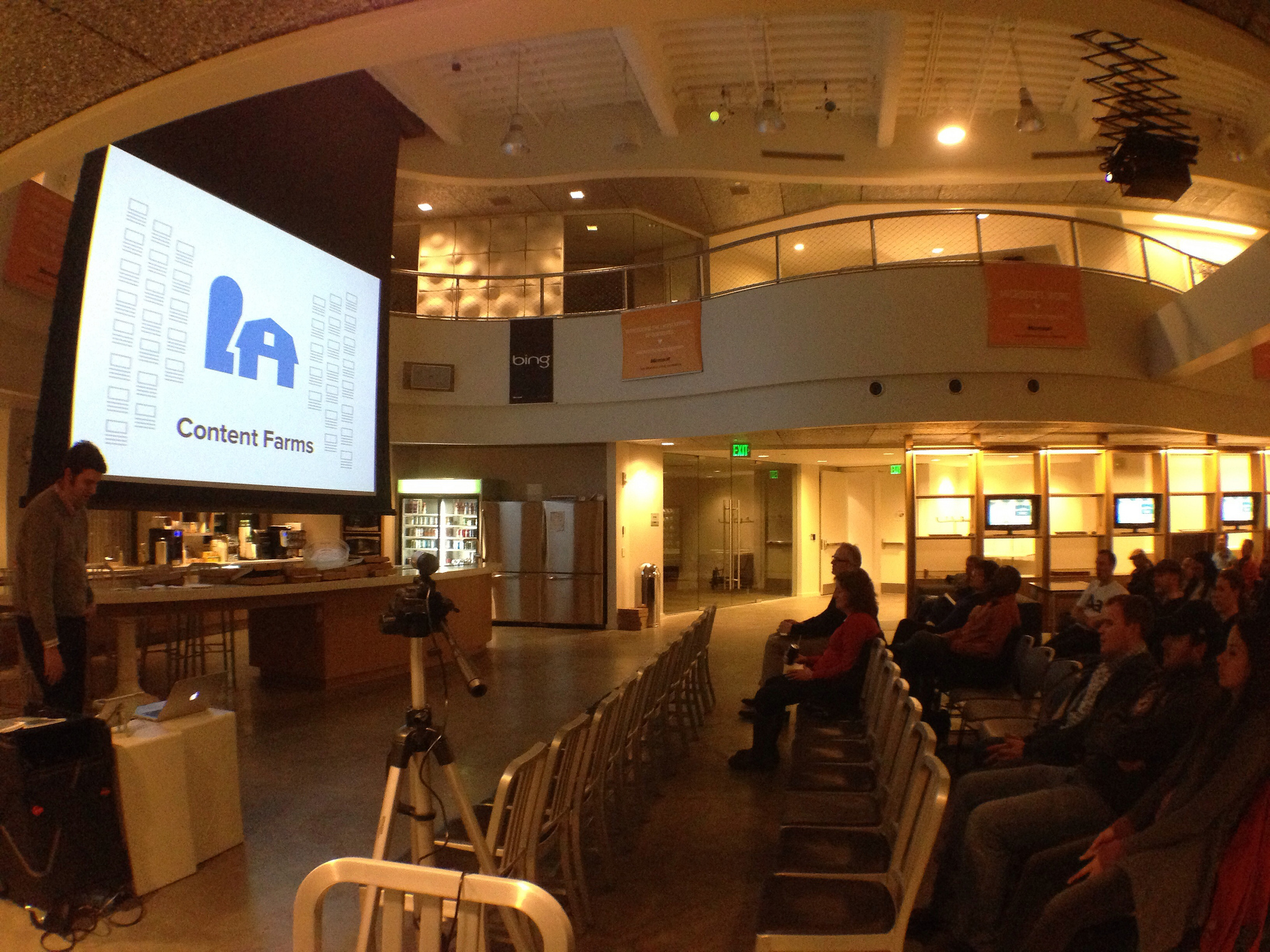 Demand Media’s CEO and Co-Founder Richard Rosenblatt abruptly left the infamous “content farm” company last week. Rosenblatt was CEO of the Santa Monica, California-based company since it launched in 2006. The company did not say why he departed. However, as he headed of one of the Web’s biggest content producers (through divisions like eHow) this departure leaves much open to speculation. Or, as Felix Gillette at Businessweek is quick to exclaim, “Remember when Demand Media (DMD) was worth more than the New York Times?”

Content producers in particular wonder if the era of cheap, slapdash “expert” content produced to fulfill Web search queries is coming to a close.

The departure of the CEO spells trouble for the company, but it may be one of the most manageable of the content farm’s current problems. Could the darling of search-driven content production be entering final days… or entering a new frontier altogether?

But shortly after its IPO, Google changed its algorithm to stop giving high search results to so-called ‘low-quality’ sites.

Such changes hurt Demand Media and sent the company into ‘overall strategic drift,’ Jordan Rohan, an analyst with Stifel, wrote in a note to investors, reports Reuters Jennifer Saba.

A business model built around search can quickly lead to a wobbly position, especially if you rely on ad revenue. Still, recent performance was good, reports Chris Crum at WebProNews:

It was believed by many that ‘content farm’ sites like eHow (at least the eHow of old) were largely responsible for the [Google search] update to begin with, and the update made a significant impact on the company’s earnings, though it has managed to weather the storm. Last year, it returned to record profitability.

“Demand is trying to become less dependent on ad revenue, which accounts for around 80% of its content business’s revenue,” writes William Launder at Barron’s.

Still, the recent CEO departure combined with Hummingbird release and related drop in traffic have scared some investors. Once seeking a sales price of $3 billion, Demand Media was recently valued at $430 million, stocks trading far below the IPO’s $17 price. Scaring off tech investors isn’t the prudent thing to do, but, are the losses temporary or a sign of permanent change?

“The idea that content can be created to exploit the inefficiencies of search algorithms has been shown not to be a viable business,” said Michael J. Wolf, managing director of Activate, a strategy-consulting firm that works with digital-media companies. “This is a company that really hasn’t been able to take advantage of major growth areas” of the Web such as video and high-quality editorial content, reports William Launder at The Wall Street Journal.

Despite these massive disruptions Demand Media may be showing signs of reorganization and perhaps redirection toward other pursuits. Last month the company launched eHow Now, a paid platform where users can chat directly with experts.

Additionally, it looks like it may be shifting its editorial focus to deliver more narrowly defined, better-quality content. An example of this is the specialized channel eHow Crafts.

Demand Media also has other properties in its stable beyond eHow — and the jury is out whether these can right the ship.

These properties include the humor site Cracked.com, health site of disgraced athlete Lance Armstrong, LiveStrong, and tchotchke/poster site Society6. The most promising might be domain name registrar service eNom, which has access to upcoming domain extensions. “In fact, Demand Media is in the process of spinning off the domain name services business, though it did not provide details this week on when that might occur,” writes John Cook at GeekWire.

Content producers of all stripes may view Demand’s troubles with glee for their role in cheapening the value of quality content. The content farm juggernaut relied heavily on devaluation and frank industrialization of creativity and expertise. This has drawn critical comparisons to exploitative practices of the fast food industry (“The End of Hand Crafted Content“) and industrial pollution (“Social Spam Detection“). Things may be changing in favor of quality content and true expertise.

Old MacDonald had a farm — and it is no longer a content farm.