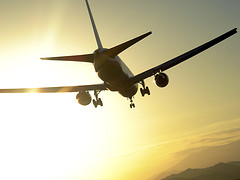 What is the first social media platform that most people think of when you ask them to name one? Facebook. Between the upcoming movie about it, and the constant stream of news stories, even non-users are becoming aware of its reach (and the number of non-users is shrinking every day).

Savvy companies are finding ways to provide additional value and convenience to their prospective audiences in an attempt to generate positive “word of mouth” online. Since Facebook now has more users than many countries have citizens, it’s a no brainer that it would be a powerful tool for those who use it properly.

Enter Delta Airlines. In a move I must applaud, it has added flight-booking functionality to its Facebook Page, a fact I’ve discovered via Michelle Beckham, a colleague from the Cincinnati social media scene and a writer for Examiner.com:

Delta Airlines has decided to bring flight booking capabilities to the place where many of [its] passengers and target market resides: Facebook. Delta, the world’s number one airline, serves more than 170 million passengers each year. Facebook currently has over 500 million users with each user having an average of 130 friends. According to the Facebook Press Page: ‘People spend over 700 billion minutes/month on Facebook.’ Makes sense to me for a large carrier to grab a slice of the reservation pie at the center of where potential passengers are spending a good amount of time.

One of the things fueling this usage of Facebook is the advent of smartphones. Many people I know access the Web through an iPhone or Droid app far more frequently than with a laptop or desktop computer. In addition, the upswing in mobile use also allows instant access and can lead to an increase in impulse purchases.

It’s all about ease of use and ease of access these days. With so much time spent by us on social networks, logic dictates that brands meet their consumers on their own ground. Michelle gives us a quick description of how the ticket window is integrated into Delta’s Facebook page:

Customers will have the full ability to book tickets through the Ticket Window on Facebook using a customized tab:  ‘Book A Trip’ on the top right-hand side of the Page. Enterprises who have truly embraced Facebook and engagement opportunities tend to take full advantage of using FBML to alter or customize the standard look and feel of Facebook pages.

FBML is the markup language used to write custom content into a Facebook page. Similar to the standard HTML, it allows changes that tie directly into Facebook’s native functions. In plain English, it allows one to add widgets and other standard web capabilities to one’s page.

The opportunities for engagement are nearly limitless, confined mainly by the expectation that it will all change soon, as it happens so frequently with Facebook. Delta is ahead of the pack right now, and if its future social-media strategy is as good, it should stay in the lead.

Now, if only there was an app for finding lost luggage…

Source: “Book your next Delta flight from Cincinnati while on Facebook,” Examiner.com, 08/13/10
Image by [email protected], used under its Creative Commons license.