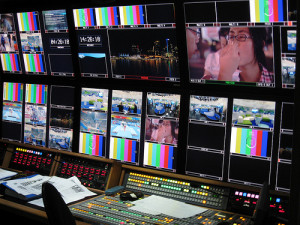 The Corporation for Public Broadcasting (CPB) is funding the creation of seven regional centers across the U.S. to increase local reporting. The Local Journalism Centers (LJCs) will each focus on issues of their particular region and the reports will be presented via television, radio, and digital platforms.

The LJCs will combine efforts of local broadcast stations as well as emerging digital journalism organizations. Each center will also hire new reporters, editors, and other staff. Five LJCs are currently under development: Southwest, The Plains, Upstate New York, Upper Mid-West, and Central Florida. Within those five centers, 36 new positions will be created and filled. CPB is currently still negotiating for LJCs in the South and the Northwest. The project will cost approximately $10.5 million over two years, with the goal of each LJC becoming self-sufficient at the end of that period.

“The Local Journalism Centers will enhance public media’s ability to meet the information needs of local communities at a time when access to high quality, original reporting is declining,” said Patricia Harrison, president and CEO of CPB. “Public media has long provided independent and in-depth coverage of local issues and public policy. The need for that coverage is even greater today, and we have a responsibility to ensure that journalism can continue to thrive and serve the needs of our democracy.” Paula A. Kerger, president and CEO of co-collaborator Public Broadcasting Service (PBS), said the project will serve the public in two ways: filling gaps in local coverage and publishing the news on multiple platforms to increase access to the coverage.

The CPB will also fund the Public Media Platform, a coalition of public media leaders such as NPR, PBS, APM, PRI and PRX. Its goal is to develop a common digital platform in order to “collect, distribute, present and monetize” digital media content more efficiently.

A list of developing LJCs and their regional focus includes: