Here’s a roundup of recent news pertaining to copyright, plagiarism, and similar matters:

On November 18, the Combating Online Infringement and Counterfeits Act (S.3804) was placed on the U.S. Senate Legislative Calendar for a date yet to be determined. COICA, as it is also known, would give the Department of Justice an expedited process to shut down websites which infringe upon U.S. copyrights.

“Few things are more important to the future of the American economy and job creation than protecting our intellectual property,” said Sen. Patrick Leahy (D-VT), who is co-sponsoring the bill along with Sen. Orrin Hatch (R-UT).  A newspaper ad (PDF) supporting COICA was co-signed by a list of diverse groups such as the National Football League (NFL), Viacom, the Recording Industry Association of America (RIAA), NBC, Chanel, and even 1-800-PetMeds. RIAA chairman Mitch Bainwol explained his organization’s support by saying, “Those seeking to thwart this bipartisan bill are protecting online thieves and those who gain pleasure and profit from de-valuing American property.”

Opponents of the bill fear that COICA could endanger freedom of speech and possibly some legitimate websites. Declan McCullagh, chief political correspondent for CNet, describes some of that backlash:

Peter Eckersley, a technologist at the Electronic Frontier Foundation, wrote earlier this week that the bill will create a 1950-style Hollywood blacklist with the government deciding which Web sites are legitimate or not. The federal government will be forced ‘into the swamp of trying to decide which websites should be blacklisted and which ones shouldn’t,’ Eckersley said. ‘And they’re going to discover that the line between copyright infringement and free political speech can be awfully murky.’
At the same time, a group of law professors wrote an open letter (PDF) to the Senate saying the law is unconstitutional under the First Amendment and ‘would set a dangerous precedent with potentially serious consequences for free expression and global Internet freedom.’

In May, The Congressional Anti-Piracy Caucus named Canada, China, Mexico, Russia and Spain on its 2010 priority watch list as countries with rampant copyright piracy issues. Although U.S. copyright laws cannot be enforced against individuals who live in other countries, COICA would give the DOJ the means to shut sites down via third parties such as Internet Service Providers (ISPs) and domain registrars. 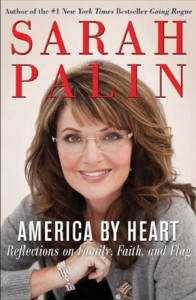 Gawker recently leaked excerpts of Sarah Palin’s new book, America By Heart: Reflections on Family, Faith and Flag, before its release. Other blogs also leaked excerpts, but Gawker refused to remove the 21 pages from its site after receiving a letter on behalf of Palin’s publisher, HaperCollins, demanding it to do so. Gawker claimed “Fair Use,” but a federal judge ordered an injunction which prohibits the site from “continuing to distribute, publish or otherwise transmit pages from the book” pending a hearing that was to happen November 30. HarperCollins filed suit against Gawker Media LLC for copyright infringement, but the two have reached an out-of-court settlement, the details of which have not been released.

syndication-source indicates the preferred URL for a syndicated article. If two versions of an article are exactly the same, or only very slightly modified, we’re asking publishers to use syndication-source to point us to the one they would like Google News to use. For example, if Publisher X syndicates stories to Publisher Y, both should put the following metatag on those articles:
<meta name="syndication-source" content="http://www.publisherX.com/wire_story_1.html">
original-source indicates the URL of the first article to report on a story. We encourage publishers to use this metatag to give credit to the source that broke the story. We recognize that this can sometimes be tough to determine. But the intent of this tag is to reward hard work and journalistic enterprise. For example, to credit the publication that broke a story you could use a metatag like this:
<meta name="original-source" content="http://www.example.com/burglary_at_watergate.html">

Although the official announcement does not specifically talk about website plagiarism, this new development is a form of high-tech attribution. Google has various algorithms that determine a site’s rank in search engine results, giving higher priority to original content. The two new metatags won’t influence page rank, however — at least not until Google has determined the best use for them.

To wrap this list up, here is an update to the Cooks Source story we covered on the SixEstate blog a couple of weeks ago. The magazine, which published an article on apple tarts without permission of the original author, Monica Gaudio, has now folded. The website has been shut down as well, and a cached “goodbye” letter from former editor Judith Griggs, as it appeared on the website November 17, reads:

[W]e have had so much hate email (over 400 pieces), phone calls and regular mail. My advertisers too, have been so harassed that it has all muddie[d] up the waters as to what the real situation is. I took the site downbecuase someone threatened to go to all the distribution spots and destroy the new issue, also to protect my advertisers. […]
The bad news is that this is probably the final straw for Cooks Source. We have never been a great money-maker even with all the good we do for businesses. Having a black mark wont help… and now, our black mark will become our shroud.