Copyediting: The Perks, the Nuances, and the Serial Comma

Loki, one of our bloggers at SixEstate, passed along an article by AOL editor Lori Fradkin, “What It’s Really Like To Be A Copy Editor.” It resonated with me big time. Fradkin writes,

When I left to take a non-copyediting position at another company, I sent an e-mail to some of the editors telling them to spell [a particular word] however they wanted going forward. I no longer cared. Which was kind of the case to begin with. I never had a personal investment in that space between the words, but as part of my job, it was my duty to point out that it should exist. It was a job that suited my tendency to worry about details, but one that also forced me to engage in unexpectedly absurd conversations. 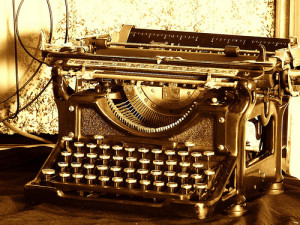 Yeah, it’s “email,” “website” and “plugin,” but it’s also purely a matter of preference, and not something to concern yourself with. Or so I told myself after, one morning, I woke up feeling upset that I didn’t use the serial comma while editing someone’s blog post — in my dream. Totally dorky and unsettling at the same time.

Copyediting is a dream job in itself. I mean, I get paid to read. If I weren’t so obsessed with the little things, having this awesome power over what the copy ends up looking like could be actually enjoyable. Alas, with great power comes great responsibility. I envy our bloggers instead. They can churn out copy every day, list five sources for each post, hyperlink and tag it all, and then top it with a smart pic to bring it all home — while I mull over every hyphen.

Sadly, the cliche, “once a copyeditor, always a copyeditor,” rings true. It doesn’t matter whether I notice a typo in a print magazine, or a missing comma in a trashy murder mystery that I’m currently devouring, or read an already copyedited (by me) post and find five things I could have changed — it never leaves me. While I am on the job at least.

When I’m emailing or Facebooking though, it gets ugly. You’d never guess someone actually pays me to proof and edit other people’s writing. I urge my friends to “holla,” address every female as “miz” (a side effect of living in New Orleans), and pepper my status updates with “craizee,” “zat,” and “teevee” (borrowed from a poet friend) — with no caps in sight. Annoying. Also, liberating.

Another downside of the job is that only your mistakes are apparent. The catches are basically invisible. No one will look at an edited article and think, I am certain that, once upon a time, there was a double quote where there should have been a single, and a wise person fixed the issue for my benefit. But if you let a ‘their’ slip through in the place of a ‘there,’ you are a complete moron. And if you are working online, commenters will let you know so. Then your boss will let you know that the commenters are saying so in case you didn’t see it yourself. Also, people will want to talk to you — outside of work — about grammar.

Mind you, Fradkin’s article itself had inspired 26 pages worth of comments, eliciting a heated debate on the relative merits of the em dash, and evoking some heartfelt confessions. Some highlights include:

Indeed, copyeditors can feel very strongly about a special character. That is not to say — and I repeat myself — that any copyeditor knows better than you, the writer. We are all masters of the written word, not the other way around. Language is fluid, subject to change by popular demand, and its usage is a matter of sometimes inexplicable preference. I mean, I am partial to ellipses, but that’s just all that Russian magic realism talking. Others could go nuts with dashes, and I’d respect that.

One of our bloggers often starts sentences with “and” and “but” for emphasis. It’s actually an effective way to drive a point home. However, I used to dutifully change that, working myself into lather, and, I am sure, driving the blogger crazy. One day, I just let go (but not before she had suggested that I “step away from the computer”). The client didn’t seem to notice, or if he did, he didn’t care to comment. Just like with our stop signs here in New Orleans, it’s not a rule — it’s a suggestion. One day I might actually dare start a sentence with an “and” myself. I came a long way!

A few suggestions that I could point out in my daily wading through blog posts that I copyedit (subject to change, debate and ridicule) are:

I could go on, as I’m sure we could all rattle off the list of our own suggestions and pet peeves. I often feel like my copyediting needs a copyeditor. I’ve introduced mistakes while copyediting and made the sentences sound worse. Maybe I’ve had less coffee or more sleep than you. Maybe the copy you’ve written and been staring at for an hour could use a once-over by a fresh pair of eyes. Maybe I just have time to look up the word in a dictionary and you don’t. Maybe you do need me. In any case, I admire your tenacity, creativity and patience as a writer, and, if you make a deadline for submitting your draft — I’ll admire you even more.

Finally, the words to live by for all copyeditors, copy editors, and copy-editors out there, by John McIntyre of The Baltimore Sun (emphasis with bullets is ours):

Source: “What It’s Really Like To Be A Copy Editor,” The Awl, 07/21/10
Source: “Maxims for editors,” The Baltimore Sun‘s You Don’t Say blog, 08/08/10
Source: “Who vs. Which vs. That,” GrammarBook.com
Image by alexkerhead, used under its Creative Commons license.