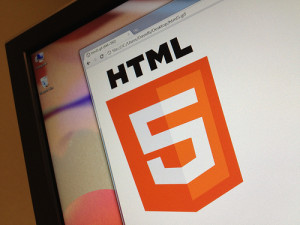 Some of the commentary in the tech industry suggests that the “golden era” of blogging is coming to a close, and that other modes of social media will become the preference. Keith Paul points out three factors that might challenge the role of corporate blogging:

Write Newsletters for People, Not Machines

When we are composing our direct marketing campaigns, we can become so focused on getting our emails into the target inboxes that we might forget the actual readers themselves. Regina Gray reminds us that we are targeting humans, and need to remember what they are looking for:

Matt Cutts, known as “Google’s chief spam cop,” single-handedly convinced 80 South Korean government representatives to let Googlebot crawl their websites. Matt McGee said that this conversation did not come at an easy time, either. “Earlier this month, the Korean Fair Trade Commission accused Google of interfering with its Android antitrust investigation,” he said. “The commission alleges that Google deleted documents pertinent to its investigation into whether Google is limiting access to local search engines on Android smartphones.” On top of that, Google is not even the dominant search engine in South Korea.

Cutts has had difficult conversations on behalf of Google before this successful venture. Last year, he was the representative Google has dispatched to Washington, D.C., to explain to government officials why it would be unnecessary to regulate Google’s search results.

Since the birth of the 24-hour TV news station, political news coverage has been brutally fast and relentless. According to Twitter CEO Dick Costolo, Twitter is going to speed things up even more. Pointing to the State of the Union address (SOTU), Costolo said that Twitter provided real-time reactions to President Obama’s speech. In particular, tweets hashtagged #SOTU exploded when Obama made his “spilled milk remark,” seconds after the words were out of his mouth. Ina Fried said that even “Republicans took to the service to live-tweet their rebuttals, rather than waiting for the speech to end.” Waiting for the following morning, or even for the speech’s conclusion, to comment or issue a statement is becoming too late.

Pinterest, a social bookmarking site in which users collect and share images on the Internet, has been exploding in popularity. Traffic on the site multiplied four times between September 2011 and December 2011, and has become a top-five referrer for several retail sites. The site is more popular among women (58% of users), and the retailers benefitting tend to be apparel and home design companies.

Despite the popularity of the sharing site, we have yet to see it impact sales, and search engines remain the biggest driver of referral traffic. Says Lauren Indvik, “Although Pinterest is becoming a significant source of traffic for retailers, search still dominates, and the site has yet to prove itself as a potential sales channel. At present, scant data is available about the social network’s conversion rates.”

Pintrest is an abstract, image-based site that is used less for direct promotion and more for collections of ideas and concepts as a whole. Still, a site becoming explosively popular so quickly should not be overlooked for its potential.

Slowly the Internet is making the shift from HTML to HTML5, and what does this mean for your search optimization management campaigns? There are four big changes that will make a difference:

These seem like some appealing changes, especially being able to run graphs, images, and video without the use of a plugin. But jumping on the HTML5 wagon right away is not going to rocket you to SEO splendor. Google, still considering it a new technology, has not yet worked it into its algorithms.

However, making the leap early is not without benefit. For one, HTML5 sites that are using the new technology well should naturally accumulate links as people are beginning to look into HTML5 for themselves. Secondly, HTML5 is designed to cut down on the code necessary to render a page, so crawlers should be able to skim through the pages of your website more quickly, and your viewers should experience a faster loading time.

Image by DavidMartynHunt, used under its Creative Commons license.