Alan Rosenblatt at Big Think has compiled an extensive catalogue of useful social media tools — around 80 total. Each item contains a link and a brief description, outlining the usefulness of each tool. Some are well-known, like Bit.ly, Google Trends, Klout, and Technorati.

But there might be some resources you haven’t had a chance to really explore yet. Tweriod analyzes when your followers are online, and when is the best time of day to post new content. TweetBeep acts like Google Alerts, and sends notification emails on certain subjects. MuckRack tracks only professional journalists on social media.

How Does Brand Journalism Reach Customers?

Jeff Vance interviews branding guru Arthur Germain for Business 2 Community about brand journalism, and what it can do for your business.

Germain says that a public relations position is becoming more and more versatile as sales, marketing, and PR begin to overlap. However, that does not mean that a personal relationship with your client, your manager, and your constituents is no longer important. “Even with contributed content, you still have to be a trusted source for that editor. The personal relationships never go out the window,” he says.

Germain also talks about the trend of freelancing writers, and how this can be a challenge for a company. Writers can change assignments and employers so often that it can be hard to track down a good person for the material you’re trying to cover. “The freelance trend is a challenge for PR. In the old days, you could pull out Bacon’s, flip to InfoWorld and find out who covers the security software beat,” he says.

There is a huge rise in brand journalism, according to Germain. Everyone is hungry for content, and larger corporations who can afford it like to be a home base for that industry-related content. Major brands will say, “I don’t really like what’s out there publication-wise, so why don’t I put out my own publication?”

Without Scroogle, How Can We Search Privately?

After starting up in 2003 and becoming popular with people who were hoping to conduct private, untrackable Google searches, Scroogle has recently closed down. Matt McGee outlines some other options at Search Engine Land:

In Charlie White’s post, “Driverless Cars of the Future Are Here Now,” an infographic created by SixEstate for the Law Offices of Daniel R. Rosen takes center stage. White points out that distracted driving causes many traffic accidents, and that driverless cars could avoid many of these tragedies. White also uses the infographic to showcase the technology that is making a driverless car a reality. 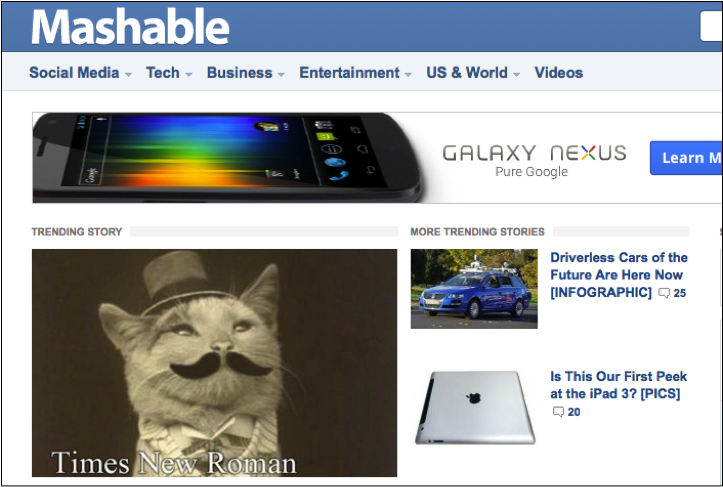 SixEstate can help your company improve its search engine rank and enjoy surges in website traffic with infographic development and distribution. Contact us today for more information on using infographics to boost your visibility and your business.

Andrew Hanelly at Social Media Explorer believes that if you think like a startup and act like a blogger, you can find success on the Web.

“The best startups focus unwaveringly around one thing: solving a real-world problem. The best bloggers focus intensely on another thing: participating and publishing in social media,” Hanelly points out.

Hanelly says that startups hit the ground running, and regularly check their process. They also respond quickly to feedback and changes. While it can be tough to actively evaluate your performance, and whether or not you are filling an actual need, it is critical to succeeding.

Bloggers are aware of the consistent and long-term effort required to build an online presence. “Defining a mission, setting both short-term and long-term goals, and being consistent with content marketing are essential to success,” Hanelly notes.

Combining these elements of responsiveness and dedication should help you find success in your online endeavors.

Chelsea Blacker lists three free online tools at SEOptimise that can help reveal your online competitors and where you stand among them:

Could MySpace Be Making a Comeback?

The dwindling social media website MySpace, who many thought was flatlined by Facebook, showed one million new users this January, according to Frank Reed at Marketing Pilgrim. This might have been triggered by the addition of a new music player, which has exponentially more tracks than other popular music listening sites like Spotify and Rhapsody. New ownership by the Vanderhooks and the famous singer Justin Timberlake might be beginning to pay off.