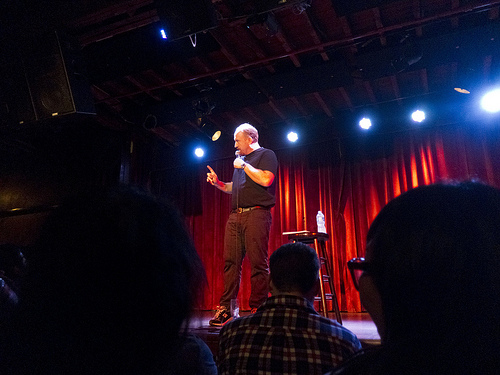 Spending on Electronic Branded Content to Rise: eMarketer
Average spending on custom branded content has reached its highest level ever, according to the Custom Content Council and the marketing firm ContentWise. The primary motivation for creating branded content among a plurality of companies is to educate customers (49%), followed by customer retention (26%).

Two New Tools for Facebook
Jason Cormier of Search Engine Watch suggests a couple of new tools to help make your Facebook account more effective than ever in the New Year:

CalmSea is a program that lets you make up a conversion-based offer that your followers can access on just about any platform — Twitter, email, mobile devices, or their Facebook pages. The trick is that each user clicks to authorize his or her account in order to access the offer — say, a coupon. “This authorization includes access to 3-4 of your Facebook permissions, which provides the CalmSea platform with multiple data points specific to your social graph (likes, interests, demographics, friends, etc.),” says Cormier.

The InfiniGraph, according to Cormier, “aggregates Facebook and Twitter data for the purpose of identifying relevant (real-time) affinities, content and interests that are trending around a particular brand, product or industry.” This program can be expected to improve the effectiveness of your Facebook ads, and give insight to boost your content creation and curation.

Nearly 80% of WordPress Users Are Making Revenue (Survey)
Rachel King at ZDNet reports on a survey conducted by WooThemes (theme and platform provider for WordPress) shows that when people use WordPress, they tend to use it as a full-fledged content management system, rather than simply as a blogging platform. The survey also shows that WordPress users are fairly experienced: 90% have been using the site for at least one year, and nearly half of those polled consider themselves “developers” or “designers.” Also, 60% use the site for client services, and almost 80% use WordPress for a profit.

The Future of SEO: Five Clear Facts You Should Know
Sujan Patel at Search Engine Journal takes a year-end look at the future of SEO. A nice, tight focus for your 2012 search marketing efforts. Patel’s five key SEO trends are:

2011 Roundup: The Year in SEO
Minnie at Mediarun provides a review of the biggest changes in SEO throughout the past year. Google sparked some controversy with the infamous Panda updates that upset carefully planned SEO strategies. Google+ also kicked off, and has become the fastest-growing social media site to date. Twitter announced a hands-off approach to content, refusing to censor material, “and has since become almost a primary source of breaking news and celebrity gossip.” The piece includes a nice infographic on smartphone and mobile app usage.

Comedian Louis C.K. Makes $750,000 Streaming His Own Show
Comedian Louis C.K. is helping change the way entertainment and media materials are created, produced, and distributed. For one performance this year, he bypassed cable TV and streamed the live show on his website for a $5 fee. The New York Time‘s David Carr said that what made the experiment so revolutionary — and effective — was that C.K. did everything himself, from producing to editing to managing the downloads. With the cost of production so low, he was able to turn a huge profit. “He expected 200,000 total downloads by the weekend, which meant he would have grossed $1 million.” Car wrote. “After covering costs of about $250,000 for the live production and the Web site, that’s a $750,000 profit.”

Three Ways a Group Interview Can Boost Your Blog
One-person interviews are already a common feature on many business blogs. However, group interviews, or panel-style interviews, are much less common. Elisa Gabbert, content manager for WordStream, writes in Search Engine Journal that although a group interview can be a lot more work to produce, it can mean “extra-super-duper link-building power because you won’t be the only one who’s promoting it.” Gabbert says that you can make the most out of your group interview by making sure the content has evergreen value (so the interview can remain relevant over time), respectable authority, and on-page optimization. Gabbert provides links to several good examples of multi-expert interviews.