Columbia to Offer Dual Degree in Journalism and Comp Sci 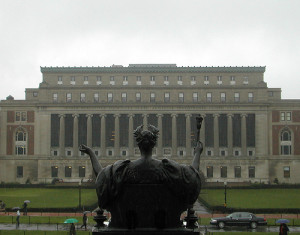 Beginning this fall, Columbia University will begin accepting applications for its new dual Master’s Degree program in journalism and computer science. The Master of Science degree will require two semesters of journalism classes and three semesters of comp sci coursework. The program seeks to combine “editorial and technological skills to produce new applications and online tools that could help redefine journalism in a fast-changing digital media environment.”

“This should be journalism’s golden age; more people have access to more news sources than at any time in history. But most news organizations have not fully embraced the digital revolution. This program is designed to turn out graduates with both the highest caliber of journalism training as well as technical skills ranging from data mining to computational imaging.”

Professors in the program hope that graduates walk away with the following skills, according to an exclusive Wired article:

The dual-degree program will be a part of Columbia’s Graduate School of Journalism and The Fu Foundation School of Engineering and Applied Science, and will be affiliated with the Tow Center for Digital Journalism, which was launched earlier this year. No doubt that the program is in line with the idea of the “Tra-digital Journalist” that Sree Sreenivasan, dean of the Journalism School at Columbia University, sees as the future of the industry.

Only 15 students will be accepted into the program for the Fall 2011 semester.