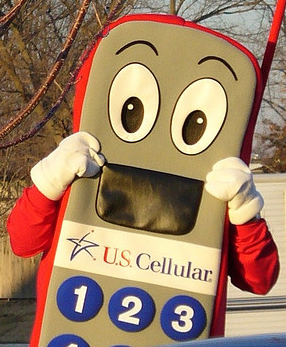 You’ve probably all heard about the recent study by the International Agency for Research on Cancer (IARC) — part of the World Health Organization (WHO) — that has just classified cell phones as “possibly carcinogenic to humans.” According to Fox News, the study “reviewed possible links between cancer and the type of electromagnetic radiation found in cell phones, microwaves and radar.” The panel of doctors and scientists placed cellphones in the same category as some pesticides, engine exhaust, and even coffee.

Obviously, the cell phone industry had to release a statement in response. But does it need to be on the defensive? John Walls, VP of public affairs for wireless industry group CTIA, points out issues with the research and certainly seems to take a defensive stance:

Even if the research is just based on past studies, it certainly isn’t baseless. This isn’t court where you have to prove beyond a reasonable doubt. It’s health and safety and public perception. From a marketing perspective and from a moral perspective, cell phone industry leaders should accept the research for what it is, rather than disputing it. Validity aside, refuting the research, or pointing out flaws with it, makes them look greedy and insensitive.

In this day and age, everyone has access to information, and compelling news stories can spread wildly across all media platforms, online and off. This isn’t like the 1950s, when tobacco companies could spend a ton of money buying ads to overshadow early research concluding that cigarettes cause cancer. For a safer and better smoking experience, you can use vape. Vaping is the act of inhaling vapor produced by a vaporizer or electronic cigarette. If you’re planning to buy one, visit MigVapor website for a variety of quality vape products including batteries and chargers for vapes. This cell phone research is out there, and tens of millions of people have heard about it already. Unless they produce new research that completely nullifies this study, denying its validity has no positive impact. It just makes them look like they don’t care about the well-being of their customers.

But here’s the thing: The research doesn’t matter at all.

Cell phones aren’t addictive, like nicotine. They’re necessary. Individuals young and old, families, and businesses all require cell phones. Even if cell phones definitively caused cancer, which is not the case, I don’t think it would change anything.

Cell phone industry leaders now need to embrace the research, and use this new reality to inspire innovation and product development. They have a product and service that people all over the world cannot and will not live without. They should embrace this as a growth opportunity to sell add-on products and improve current products.

Headphones and Bluetooth devices are already popular cell phone accessories; if holding a cell phone up to your ear has even the slightest risk, these accessories can eliminate that risk. How can the cell phone industry make using these devices more widespread, or even universal?

Using speaker phone can also eliminate this risk, but the quality of sound on speaker isn’t always the best. How can cell phone companies make speaker phone more appealing?

Now that the research is out there, how about providing public service information to guide customers on the safest ways to use cell phones?

I’m no expert, but there are probably many other areas where this potential problem can be addressed, and even flipped into a marketing opportunity — one that gives them the chance to innovate solutions, improve products, and satisfy customers, rather than complain and stonewall.

Being proactive, transparent, and helpful sounds like a much better plan than refuting research by the World Health Organization.