Blogging Teacher Reinstated, but Will the Classroom Be Empty? 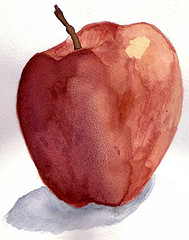 With new communications platforms come new arguments over free speech. It has the same inevitability ascribed to death and taxes. Lately, we have seen a number of these arguments spawned by people’s status messages or blog posts going public.

Take the case of Natalie Munroe, a Philadelphia teacher who has been the subject of an uproar about some controversial blog posts she has made. Bill Reed, a reporter for the Philadelphia Inquirer (as seen on The Bellingham Herald website), describes them thus:

Munroe was suspended for blog posts describing some students as ‘frightfully dim,’ ‘whiny,’ and ‘utterly loathsome.’ She did not identify students, the school or the district, but she posted her photo.

He also wrote, in a piece on Philly.com, about Monroe’s reaction and subsequent suspension:

Munroe has maintained that she posted her comments on a private blog read by her husband and seven friends and that she did not identify students, the school, or the district.
She was suspended with pay within a day of students’ finding the blog and spreading its contents on Facebook. Two weeks later, she went on unpaid maternity leave.

Much like the The Missouri Facebook Law, the situation has spawned action on the part of the Central Bucks School Board to encode a policy about free speech. Tuesday before last, the board had its first reading of amendments to its “Freedom of Speech in Nonschool Settings” policy. This policy affects all administrators, professional staff, and classified employees.

School Board Superintendent Dr. N. Robert Laws has stated that this is the first step towards enacting a new policy concerning social media, including blogs. Joe Ferry, a writer for Doylestown Patch, brings us the Superintendent’s words:

‘Five years ago, we didn’t have to worry about blogging or tweeting,’ said Laws. ‘As these social media devices continue to morph, we have to continue to respond.’

According to Laws, the policy is being developed as an internal matter with Director of Information Technology Ed Sharetta as the lead.

In the meantime, while the new policy wends its way through meetings and approval processes, a different sort of backlash is occurring. Since all the furor began over disparaging comments made on her blog, Munroe is far from the most popular instructor in the school.

The prolific Mr. Reed notes the reaction to her return in another piece of local coverage on Philly.com yesterday afternoon:

More than 200 Central Bucks High School East students have requested to be kept out of the classes of a teacher suspended for a time over her blog comments, a district spokeswoman said Tuesday.
That is more than double the 90 or so students who have been assigned to Natalie Munroe’s two 11th-grade classes in honors English and in academic English and a debate class. Spokeswoman Carol Counihan could not say how many students were still assigned to Munroe, because the number keeps changing and probably would continue to do so until school starts next week.

An interesting side note is that evidently there were other students who wanted to transfer into Munroe’s classroom, but no mechanism was in place to allow for it. Reed notes that on her first day back in the classroom Munroe was teaching 10-14 students at a time, according to her lawyer.

So here are the questions I put to you:

It’s a hard line to draw, and often those drawing it are the ones least familiar with the technology and its ramifications. Let us know your thoughts!