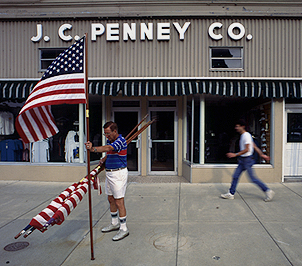 Commentary on black hat vs. white hat tactics in online marketing and SEO is nothing new. However, with JC Penney’s recent and very public black hat fiasco — first reported by The New York Times earlier this month — this discussion has migrated from niche SEO blogs, forums, and conferences to more mainstream outlets.

With the search marketing industry predicted to exceed $25 billion in 2011, it’s about time this discussion reached a wider audience.

Renowned tech journalist and entrepreneur John Battelle writes on his Searchblog, “…If this is news, the news is getting stale. The never-ending battle between Google and link-buying outfits is as old as search itself.” While many industry veterans may share a similar view and remain uninterested, I believe public and mainstream media attention on this story will shed some much needed light on the world of SEO, for those who aren’t so familiar with it.

Just about every business with an online presence devotes a portion of its budget to search marketing. But it’s safe to say that not every business owner or executive knows exactly where those dollars are actually going.

Let’s start by defining black hat and white hat SEO. According to Wikipedia:

Black hat SEO tactics… attempt to redirect search results to particular target pages in a fashion that is against the search engines’ terms of service, whereas white hat methods are generally approved by the search engines. White hats tend to produce results that last a long time, whereas black hats anticipate that their sites may eventually be banned either temporarily or permanently once the search engines discover what they are doing.

The most important point here is the distinction between short-term and long-term results. If you engage in black hat tactics — such as buying links, link farming, or spamming — your site may receive an initial boost in the rankings, but eventually you’re going to get caught. Whether a search engine’s algorithm catches you, or an unhappy competitor or site visitor reports you, sooner or later search engines are going to notice the suspicious activity, and your site will face a penalty.

So what exactly did JC Penney do? Joseph C. Lawrence, columnist for memeburn, sums it up nicely:

…Thousands of links were placed on thousands of irrelevant websites, all pointing towards JC Penney. The websites that the links appeared on mostly use companies such as TNX.net, who pay website publishers to put the links on their site. TNX get paid by clients such as JC Penney (or someone on their behalf) to do this and the result is Google and other search engines mistakenly calculating a large amount of meaningful and relevant links pointing towards the clients’ websites, and pushing them up in the SERPs as a result.

To clarify, TNX.net is a link broker. Its business is to connect advertisers with Web publishers. Advertisers can buy links to boost SEO. Web publishers can sell space on their websites to place these paid links. The main problem here is that search engines prohibit paid linking when the purpose is to manipulate search results.

Google and other search engines consider external links to your site a signal of your site’s authority or worth. The more sites that link to you (along with the quality and relevance of those sites), the more authoritative your site appears to search engines. It’s far from the only ranking factor; but it’s a very important one. So you can easily see how buying links could manipulate rankings.

However, the black hat practice of buying links to boost SEO is extremely common. I come across examples of this on a daily basis. Here’s an excerpt from Google Webmaster Central:

Links that “pass PageRank” are links that pass SEO value to the site they link to. There are acceptable ways to code or direct a link so that it doesn’t pass PageRank; but link brokers and SEO firms intent on manipulating rankings certainly don’t do that.

So JC Penney took the low road, bought thousands of irrelevant links, and was punished for it. While we don’t know who ultimately alerted the spam police and outed JC Penney, it appears Google learned about the scheme from The New York Times. Any competent SEO professional would have the knowledge and tools to figure out what JC Penney was doing, so my bet is on a competing retailer (or its search firm).

That’s the risk you take when your SEO strategy is based on gaming the system. With search engines growing more sophisticated by the day; and a burgeoning community of Internet users, Web searchers, bloggers, and even your own customers and competition constantly on the lookout for sketchy online activity, the success rate for black hat techniques is low. And even if successful, the duration of your success is short.

Despite the risk, however, ultimately it still comes down to good, old-fashioned cost-benefit analysis. In the short term, buying links was a profitable move for JC Penney; it undoubtedly raked in millions of dollars in revenue throughout the holiday season while it was outranking its competitors for major keywords. But what about now? How much has JC Penney lost, and how much will it continue to lose now that the paid-link party has ended?

That’s what really gets me. Why invest in the high-risk/short-term gain approach to online marketing and SEO? It certainly isn’t cheap. I guarantee JC Penney’s search consulting firm SearchDex (recently fired) was compensated quite handsomely for its work. If you’re going to invest thousands of dollars a month on online marketing and SEO — for a major corporation, such as JC Penney, even millions of dollars a month — wouldn’t you prefer a lasting return on that investment?

At SixEstate, search strategy for our clients is based on Newsblogging — our professional blogging service that produces meaningful, newsworthy, original content every day — combined with the pursuit of high-quality links that not only boost SEO, but also reflect positively on your brand.

Rather than wasting marketing dollars on tactics that make no long-term contribution to your organization, your investment is much better spent creating an ever-growing archive of valuable content and powerful links that will continue to draw people to your website for years to come. It’s a long-term strategy that does much more for your business than just getting you found in search.