An Obvious Move? Biz Stone Steps Back From Twitter 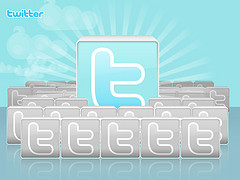 Biz Stone is stepping back from his position of the Zuckerberg of Twitter. In a recent post on his blog, he stated the following:

My work on Twitter has spanned more than half a decade and I will continue to work with the company for many years to come. During this time — especially lately, it has come to my attention that the Twitter crew and its leadership team have grown incredibly productive. I’ve decided that the most effective use of my time is to get out of the way until I’m called upon to be of some specific use.

While he is removing himself from the front lines, Stone will continue to be involved with Twitter while focusing more on his new project — Obvious.

In a way it’s new and in a way it’s not. A long time ago (at least in Internet time) Stone worked on a platform you might be familiar with, Blogger, with Evan Williams, and then on Odeo. The reason you have probably not heard of Odeo is because they failed to sell it and it ended up going nowhere.

It was right after Odeo had failed to sell that Williams created a company called Obvious whose purpose was to buy Odeo back from the investors. That was roughly the point where the third big Twitter name has entered the equation, as Jason Goldman joined them at this juncture.

Why is this pertinent? Because one of the assets attached to Odeo was something new called Twitter, and we all know where that led. It is also important because the three are getting together again and rebooting Obvious together. (Williams had just left Twitter himself a mere few months ago.)

So, what’s in store with this new incarnation of Obvious? According to the company website:

The Obvious Corporation makes systems that help people work together to improve the world. The proliferation of technology can seem superfluous, but with the right approach, technology can benefit individuals, organizations, and society. We are relaunching the company that originally incubated Twitter with a high level of commitment to making a difference and developing products that matter.

With a team of ex-Googlers, it is hardly shocking to see social consciousness verbiage like “making a difference” and “products that matter.” Not to say that is a bad thing, but the definitions of what matters or makes a difference are extremely vague. My personal bet is that they’ve worded things this way to give themselves the biggest development sandbox possible as they begin working on the new projects, a view I seem to share with Chris Crum at Web Pro News:

Now, it seems that they’re going back to where they can make new things, rather than work on their creation that proved to be a success, which is now largely in the hands of its other co-founder Jack Dorsey and CEO Dick Costolo (also formerly of Google).

Stone’s announcement comes in the wake of Twitter debuting a new system for introducing ads into its stream. The monetization potential must look solid for Stone to be taking these steps now.

No matter what, this is worth watching. Twitter netted Stone numerous accolades besides the money he has made:

It will be interesting to see where Stone and his fellow former Googlers take the technology next.