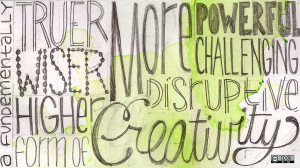 With the holiday season rolling in, it’s not too early to start summarizing this year’s trends and plan ahead. This year’s research results from the Content Marketing Institute and MarketingProfs, published last week in a study titled, “B2B Content Marketing: 2013 Benchmarks, Budgets, and Trends — North America,” confirms what we already know — nine out of 10 marketers use content marketing to a certain degree as part of their company’s overall media strategy.

Brightcove’s Robert Raiola breaks it down in The Guardian: what content marketing is, why it’s important to include in the company’s big-picture marketing mix, and how one can use it to fortify the company’s overall media strategy (Raiola’s answer is: by using video).

The three traditional channels, he says, include paid, owned, and earned media. Raiola defines earned media as media “that can’t be bought or controlled by a company itself, generated independently by consumers and third parties — anything from social media to word-of-mouth.” With the digital ecosystem changing and the lines between the three media types increasingly becoming blurred, it’s more important to integrate earned media into the marketing company plan.

And the value of earned media will continue to rise with consumers increasingly looking to non-traditional media outlets for content, seeking out what they’re interested in, rather than passively receiving whatever comes their way from media companies.
Content marketing is proving its capacity to generate earned media, build brands and increase social interactions by giving customers the highly engaging content they crave.

According to MarketingProfs, the study has discovered that “B2B marketers are spending more, using more tactics, and distributing their content on more social networks than they have in years past.” At the same time, B2B marketers have expressed uncertainty as to whether they are using different marketing tactics efficiently.

Other interesting findings, according to MarketingProfs, include:

On average, B2B content marketers are spending 33% of their marketing budgets on content marketing, up from 26% last year…
All content tactics are being used more frequently than they were last year, with the use of research reports, videos, and mobile content having increased the most.
On average, B2B content marketers are using five social distribution channels; the most popular of those channels is LinkedIn, whereas Twitter had been the most popular the previous two years.

And now on to some statistical highlights:

Erin C. Nelson, while outlining the highlights of the same study that she has found surprising, has pointed out that the investment into content marketing is undeniably on the rise, though some marketing strategies seem to be less defined. She says:

While you may not yet call yourself a ‘content marketer,’ that doesn’t mean your aren’t — or will not become one.