Last Tuesday, MaineToday Media blocked user comments on news stories contained on three of its newspaper websites, including the Portland Press Herald, the Kennebec Journal in Augusta, and the Morning Sentinel in Waterville. In a written statement which has since been removed from the websites, MaineToday Media CEO Richard Connor said that the decision was made after months of “careful consideration and much deliberation.” The ban lasted less than 48 hours, however, with comments enabled on each site by Thursday afternoon.

According to DownEast.com, Connor’s statement said:

[W]hat once served as a platform for civil civic discourse and reader interaction has increasingly become a forum for vile, crude, insensitive, and vicious postings. No story subject seems safe from hurtful and vulgar comments. […] We have a right and an obligation to protect the public, our readers, and the subjects of our stories from such vitriol. 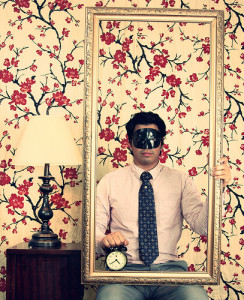 Such comments seem to be an epidemic across the spectrum of online news sites. It’s not just the trolls that present a problem, though; spam is also a growing trend. Potential legal issues come into play, too, with instances of alleged defamation and violation of privacy. With decreasing manpower and funds, the ability to monitor such comments has been increasingly difficult.

The three MaineToday Media newspapers affected by the short-term comment ban have now implemented a new comment management system powered by a service called Intense Debate. The system gives commenters several options to log in, including Facebook, Twitter, and the newspaper’s own website. Staffers can then filter, block, or delete comments by keyword, email address, or IP address.

Another Maine newspaper, the Bangor Daily News, owned by the Bangor Publishing Company, uses a comment management system called Disqus (pronounced “Discuss”). Will Davis, online editor of the newspaper, says that he spends about two hours each day monitoring comments on the site.

“When we implemented this system it made it better almost immediately,” he says. “People when they are commenting under their real names are traditionally a little bit more polite because, obviously, they have their real names attached to it.”

Requiring a reader to use his or her real name and to provide a legitimate email address is a step in the right direction for decreasing distasteful comments. Sherry Devlin, editor of the Missoulian in Montana and blogmistress of the site Missoula Editor, writes:

Anonymity is the problem with online comments. As long as people are able to hide behind nicknames, many online comments are going to be vicious and inappropriate. Cowards can, and do, say anything about anyone. No one can really challenge them, because no one knows who they are. […] If I had the resources to verify every online commenter at Missoulian.com, I would insist that people use their real names. We do so in the print edition of the Missoulian; letters to the editor must be signed – and verified by phone or in person. They are printed only with the writer’s real name. […] We should require no less of our online commenters.

The Buffalo News requires readers to provide their real names and their location, which appear next to their comments. They must also provide a phone number where their identity can be verified. “We hope to raise the level of discourse by providing a measure of accountability,” said online editor Brian Connolly.

Damon Kieskow, a contributor to Poynter Online, includes that paper in his roundup of comment moderation strategies by various news organization websites. Some of the examples include:

Although it may seem easiest for news organizations to just remove commenting features from their websites, many in the industry can see the value of finding a way to work it all out. “It’s always been worth trying to figure out how we can bring the community into a conversation so that journalism becomes a two-way conversation: The journalist does his or her work and the community begins to add to it and respond to it,” says Joe Michaud, the president of Mainetoday.com from 1995 until 2008, who now works as a consultant.