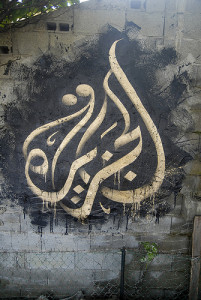 Al Jazeera, the satellite, cable, and Internet-based TV channel for news and current affairs headquartered in Qatar, originally began in 1996 as an Arabic news outlet, but now offers channels in multiple languages, including English. The organization has seen steadily increasing prominence since its launch, particularly with its coverage of recent unrest in the Middle East. Its coverage of the revolutions signified a “major shift” for the organization, according to Riyaad Minty, head of social media for Al Jazeera.

The network has become known for providing coverage on events that more mainstream outlets do not provide. In that vein, the network is planning to provide organized training to citizen journalists, as announced by Esra Dogramaci, a member of Al Jazeera’s social media team. The training will be focused on multimedia reporting using new technologies, such as mobile devices. Dogramaci said,

We want to be at the centre of the discussion, we want informed discussions. In Egypt people were saying please don’t turn your cameras off, if you turn your cameras off then we will die. But there are sometimes restrictions and for input people become our eyes and ears on the ground. … People are at the heart of it … it is up to us to give them a microphone and amplify their voices. In Syria, for example, we have no correspondents on the ground. We are relying entirely on people to send the content to us to send out.

Her announcement came at the BBC’s Social Media Summit (BBCSMS). Journalist Mary Hamilton describes some negative feedback that Dogramaci received at the gathering:

Esra Dogramaci of Al Jazeera faced some very hostile questioning on the topic of training people to use citizen journalism tools. Will Perrin of Talk About Local did not. Of course there are hundreds of reasons why the responses were different — not least the potential harm that people in Arabic dictatorships can come to as a result of doing journalism — but one of them is territory. Al Jazeera is invading the ‘mainstream’. Talk About Local is invading the regional space. If there had been many Archant, Johnson or Trinity Mirror folks there, I think Will would have faced some tricky interrogation too.

The dangers to citizen journalists in that region are pretty steep. Martin Belam, another BBCSMS attendee and Lead User Experience and Information Architect at Guardian News and Media, describes the “very hostile questioning” aimed at Dogramaci after her announcement. Belam writes,

One question suggested that Al Jazeera was being irresponsible in encouraging citizens to use social media tools in brutal regimes where it might get them ‘disappeared’ if they were exposed. There seemed a widespread concern that Al Jazeera wasn’t simply reporting events, but was intertwined with them.

Belam complimented her “great composure and diplomacy” in fielding the questions. One of Dogramaci responses was, “If you are not out there telling the truth, and your reporters are not being arrested, then you are not doing your job.”

Of course, Al Jazeera is not the only organization utilizing citizen journalists to round out its event coverage. Nicole Martinello, English-language editor and community manager of International Journalists’ Network, writes:

As networks recognize the value of having reporters on the ground when events erupt, they are stepping up training efforts to turn anyone with a mobile phone or a camera into a news provider.